A future yet to be created 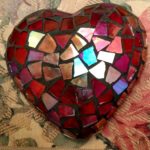 We dwell in the reality of the One Heart, creation’s birthplace, birthplace of the new. I.11

The situation of violence throughout the world, the feelings of being powerless to change anything, of being caught in deception, make me go, “No, no. I don’t want to look at that. I want to have hope. I want to believe in the power of love. I do believe. I do.”

This is true. I do believe. I believe in love.

I believe in the power of feelings. Lately, I do not know what I’m feeling and I’ve been thinking this is an anomaly. That I used to know. Surely I did! But no. This isn’t any big change. I am often, at least, wordless when it comes to what I feel. I told a friend the other day that I am not suited for a certain task because I am neither crystal-clear nor direct. What I feel is vague. These attributes that are “liabilities” in certain areas are the bedfellows I carry around, that are waiting with me as if for the moment when they’re needed. It’s kind of like not creating in a straight line. I do not operate that way. I weave and ramble and double back.

There’s a sense of the need for these qualities being near. Isn’t that strange? Don’t ask me what I mean.

I write to find out what I mean. Sometimes it happens. Sometimes it doesn’t. I write to give voice to what I’m feeling. And I do. But not as often as I’d like and I miss it. Still, it comes to me that it doesn’t matter, that the muddle is the matter at hand, the clash of muted feeling and thought…as if they have nowhere to go.

It’s as though the catalyst nature of this Course that claims that now is the time, is smoldering. It’s been ignited. It’s rumbling with heat and power and friction. It is hanging out exactly in that pause that appears to be taking place around the globe in which no one knows what to do and those who pretend that they know are looking like fools.

You see. It is not just me. No one knows what to do.  Because we have to create the new. 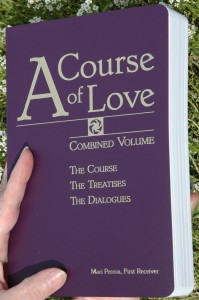 In “A Treatise on the New” we hear:

Yikes! The future depends on you. (And here I was talking of the “ordinary” pressures of life last week. This takes that up a notch or 12,000.)

Do we truly stand in that moment predicted as “the future yet to be created?” Could there be no sensible plan, no sane thing to do, when there is no future . . . yet? What if we’re stalled in an untenable present? Doesn’t it feel that way at times?

Christ LaFontaine, of Lightsmith, here in St. Paul, Minnesota, wrote of this time with feelings much like my own, as “a transition between worlds.” He goes on to say, “Individually we call it healing. Collectively we call it transformation. It’s not always pretty or comfortable, if ever.” 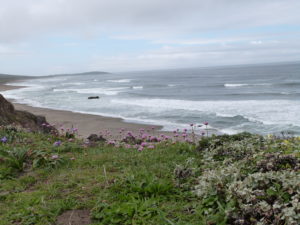 And yet there is some solace in a pressure this big, a pressure that’s not about the vacuuming to be done, or the trip to be taken, but about a future yet to be created.