A Course of Love: How It Came to Be

For almost three years Mari Perron heard an inner voice, as if dictating. She transcribed what she heard. The result, unedited, is A Course of Love. 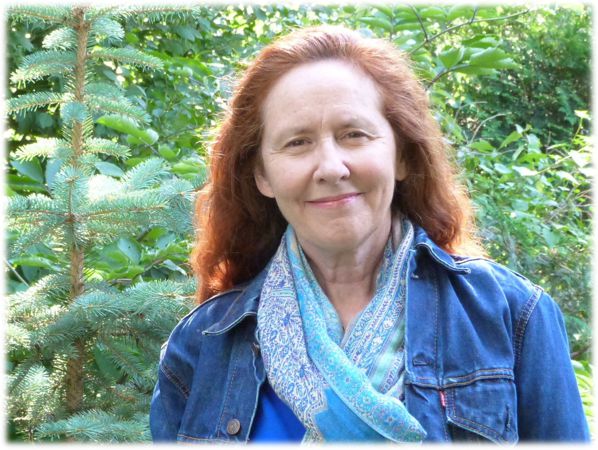 Have you ever had the experience of noticing thoughts in your mind that you did not think?

Maybe you had this experience as you remembered a loved one who passed away and felt his or her words were coming to your mind. Perhaps you had a flash of inspiration or an insight that showed up unexpectedly in your mind, carrying the answer to a question when you were not thinking about it.

Scientists like Henri Poincare, Srinivasa Ramanujan, and Albert Einstein openly recognized the great role intuition played in their discoveries. And innovators often ascribe their ingenuity to intuition, as did Steve Jobs when he said,

Intuition is a very powerful thing, more powerful than intellect, in my opinion. That’s had a big impact on my work.

Intuition is a way of knowing that comes to you, so the idea of us having meaningful thoughts we did not actively think is not unusual.

For millennia, religious works have been transcribed by individuals who claimed to have heard them as revelations, such as the Hindu Vedas, Moses’ Ten Commandments and the multiple texts written by Jewish prophets, Muhammad’s Quran, and Buddhist texts like the Heart Sutra.

A Course of Love (ACOL) also guides us along the way to bypassing the intellectual mind and accessing the intuitive mind from which we may receive revelation:

As Mari Perron wrote in an introduction to ACOL,

Revelation is what this Course is, as well as the new way of knowing that it invites. When I received the Course I received revelation. When I thought about it, I blocked my ability to recognize what I received.

Just as A Course of Love differentiates the ego-self from the true Self, so does it differentiate between thinking and thoughts.

Let us now consider “thinking” to be the active and often unwelcome voice “in your head,” the voice of background chatter. And let us consider your “thoughts” to be the more meditative version of your “thinking,” often even resulting in a conclusion to your thinking, a summary of the finer points, as what might come to you in a reflective moment at the end of the day.

This is not the “thinking” of a conflicted and struggling mind, but the “thoughts” of a mind at rest.

Let us introduce you now to the first receiver of the words that form A Course of Love. 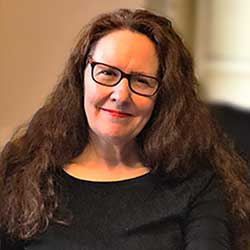 Mari Perron: The story behind transcribing A Course of Love

Mari Perron grew up in a working-class family in St. Paul, Minnesota, USA. A practicing Catholic, she felt deeply about her faith and had no particular interest in other approaches to spirituality. She says,

I wanted to write mystery novels and smoke cigarettes and be an intellectual.

It was a deeply personal joining together in relationship with two other women that paved the way for the transmission of A Course of Love.

In 1993 Mari was one of three administrators conducting an adult-study program for the University of Minnesota’s health services department.

The nature of their jobs required all three women—Mari, Mary, and Julieanne—to work together closely. At about the same time, Julieanne and Mary each discovered that they were pregnant, and that their babies were due to be born on nearly the same date.

Although the stark contrast in the situations of the two women could easily have torn the group apart, instead it intensified their closeness. Through Grace’s life and death, the three women bonded together in a deeply personal quest for meaning.

They read many spiritual books. They called forth a way to living in the awareness of love’s presence while facing loss and tragedy.

Similarly, those familiar with the history of A Course in Miracles will recall that it was Helen’s colleague, Bill Thetford’s “speech” that “there must be another way” out of their conflict, and Helen’s wholehearted agreement, that signaled the events leading to the transmission through Helen.

As it often happens with scribes of revealed teachings, such as Helen Schucman, given Mari’s interests and background at the time of writing, she could not have written A Course of Love on her own. Mari says,

A Course of Love began with a dream. The dream came to me in July of 1997. In the dream, I heard, “You can no longer sell your mind for money. Your mind now belongs to God.”

Months of soul-searching followed. Eventually Mari left her job and held herself ready—for what, she had no idea. After nine months and much financial uncertainty she considered going back to work, but an inner knowing kept telling her that she “had work to do for God.”

Then her friend Mary shared a dream in which she saw “a new course in miracles.” Mari felt that somehow Mary’s dream was an announcement of the work to come—a work so monumental that Mari had been unable to accept signs that now, looking back, had pointed toward this scribing work all along.

For the next three years, I dedicated myself to receiving the three books that combine to deliver this new message.

Jesus is entirely forthright about his identity as the Source. Even if you doubt the authenticity of this claim, it is hard to deny that the voice that dictated the text to Mari speaks with authority.

The Source dismantles false beliefs and exposes the ego’s flawed thinking without ever sounding preachy or threatening. He is, at the same time, capable of uplifting your spirits so that you remember, recognize, and embody your true Self.

The gracefully written text is permeated with gentleness, loving-kindness, and profound wisdom. Believing that Jesus is really the Source of ACOL is not a requisite to reading it. Actually, Mari Perron herself doubted that Jesus was the Source of A Course in Miracles when she began reading the text. Mari says,

I read about ACIM in a newspaper article that did not name it as a book that came in the voice of Jesus. When I started reading it, I still didn’t realize that it was, and when I became aware of it, I didn’t believe it. But by then I wasn’t about to put the book down because I felt everything in it was Truth with a capital T. . . .After a while I started to figure maybe it really was Jesus.

You may have pictured the person who first received these words as receiving them either through her thoughts or through her ears, as in the idea of “hearing” words. The receiver of these words, in fact, “hears” these words as thoughts. They are not “her” thoughts, but they also are not separate from her. How can this be?

When you enter into dialogue with another person, you listen, you hear, and you respond. This is exactly what occurs here. You have “entered into” this dialogue. 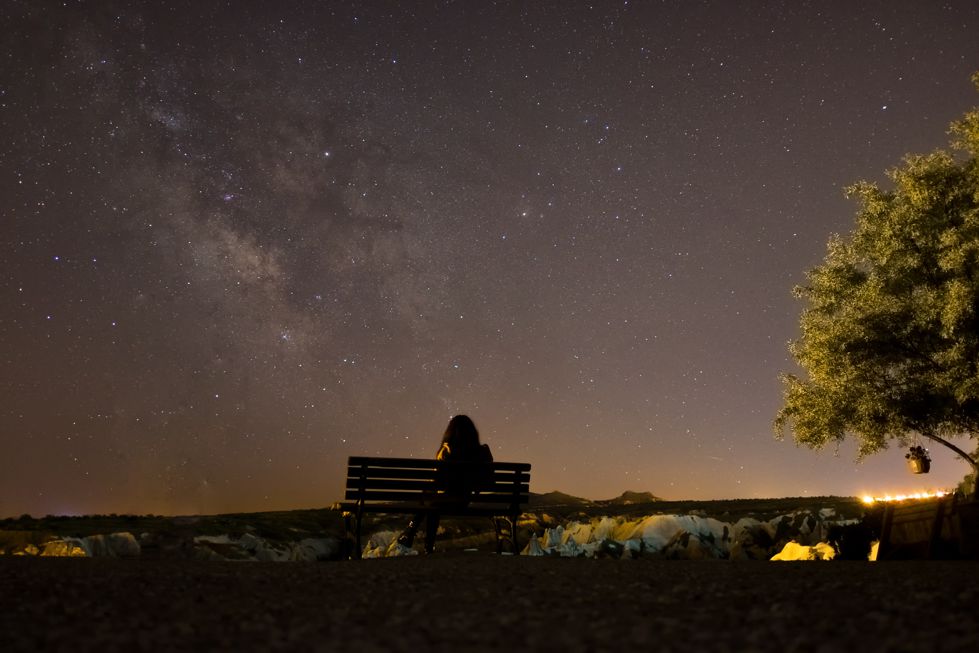 A Course of Love began with a dream. The dream came to me in July of 1997. In the dream, I heard, “You can no longer sell your mind for money. Your mind now belongs to God.”

You are also ACOL’s receiver: It was written specifically for you

One of the most striking characteristics of A Course of Love is that, as you read it, you often have the feeling that its Voice knows you intimately.

The doubts we entertain, the questions we ask, the complaints we make, the hopes and aspirations we have, are described with such detail that we wonder if the Voice is listening to our thoughts while composing the text. As ACOL puts it,

What has been the strongest feeling that you have had as you have read this Course? Has it not been a feeling of being known? Has this Course not addressed the questions, the longing, the doubts that you would have, before now, called uniquely yours? Has it not spoken to you as if it knows the secrets of your heart? As if it were written just for you? So it was.

You might think that for the receiver, or transcriber [i.e. Mari Perron], of this Dialogue, this Dialogue may, in truth, feel like a dialogue, an exchange, a conversation, and wonder how you, as a reader of these words, can feel that same way.

You can feel that same way by realizing that you are, as you read these words, as much a “receiver” of this Dialogue as she who first hears these words and transfers them to paper.

Is a piece of music not received by you even when you may be one of thousands or millions who hear it? Does it matter who is first to hear the music? This is, in truth, a dialogue between me and you.

Mari’s unique contribution as the “first” receiver, as Jesus notes in The Dialogues, is the “expression” of what was received. This was crucial for bringing it into shareable form.

What has happened here is that words have been put on the feelings and remembrances that you have within your minds and hearts and have been sharing in this dialogue. 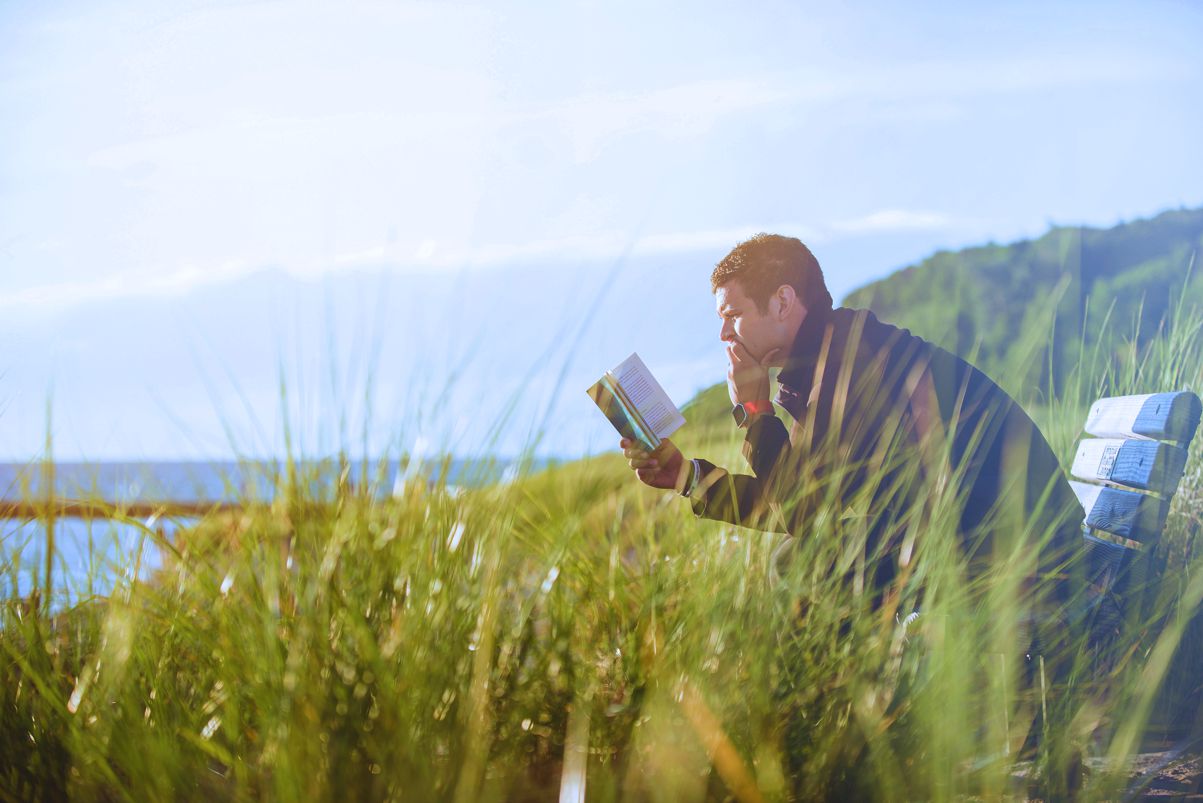 This dialogue is going on all around you. I am with you and will never leave you comfortless. Call on me, for I am here. Talk to me, and I will hear you. Listen, and I will respond. I am in each voice that responds to you and your voice is mine as you respond to others.

On her website, www.mariperron.com, Mari invites those who have been affected deeply by one or many readings of A Course of Love, into the mystery that lies beyond it.

A Course of Love will reorient our lives. Courage of heart is needed to withstand this reorientation, to swim peacefully in mystery.

The language of the heart is needed to speak the unspeakable. . . .[I]t is the voice of the heart’s own mystery that illuminates. There beyond the darkness of the thinking mind that separates us from all we seek to know is the knowing of our sacred hearts.

Why do we need mystery? Where else do we encounter that which we “don’t know,” that which will allow us to create what we don’t know . . . yet?

This is Beyond the Book.

Click here to read a personal invitation from Mari Perron 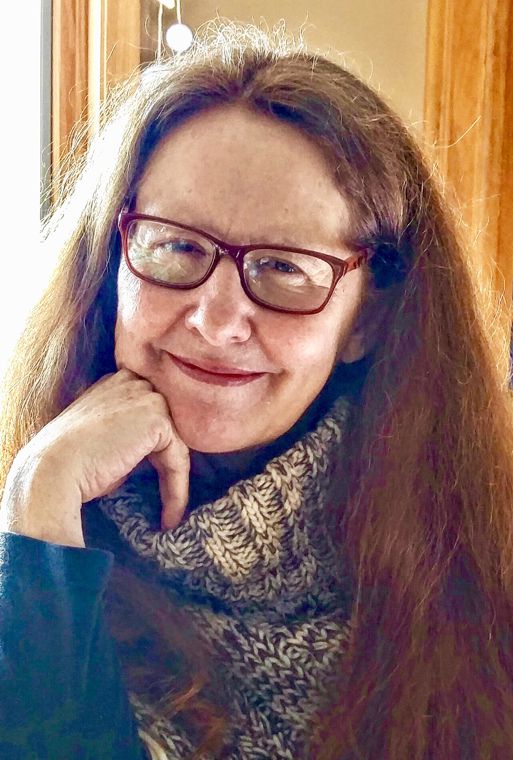