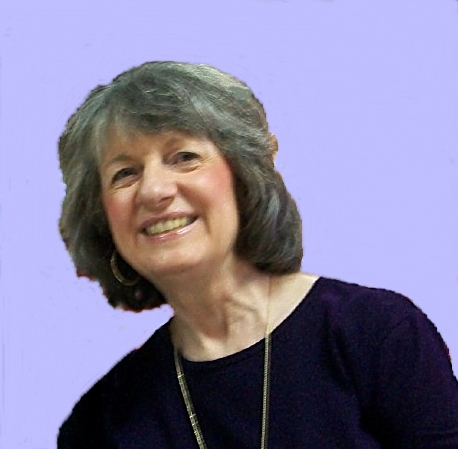 By Celia Hales from her blog, Miracles Each Day

Mari Perron’s channeled writing, A Course of Love, in a new combined edition—A Course of Love, The Treatises, and The Dialogues, acronym ACOL—is a beautifully rendered narrative that I view as a sequel to A Course in Miracles. She heard internally, as she related to me in an interview when I met her in St. Paul over a decade ago, that ACOL was presented to her by Jesus as “another Course in Miracles.” She said that she had about a week before she consented to tackle such a large project, a project that eventually led her to resign from her position at the University of Minnesota in the Twin Cities to devote herself full time to the channeling. The channeling was done in the late twentieth and early twenty-first centuries. Mari is the scribe; Jesus, many have come to believe, is the channeler.

A Course of Love: the First Book
In my reading, I find in ACOL no contradictions of any kind with ACIM. My summary evaluation is that ACOL is to the heart what ACIM is to the mind. Jesus says that he is combining mind and heart in A Course of Love to lead to a state that he terms “wholeheartedness.” There are many consoling passages, notably a beautifully rendered invitation to join Jesus in an embrace that comforts and sustains us, and that we return in a mutual embrace. He invites us to weep, yet we know that he will not leave us weeping, but instead lifted up to his view of life and love as they are meant to be lived.

There is much in ACOL about the fact that our fiction of a separated self is to be replaced by a union that can be understood only in relationship one to another. As in ACIM, this is meant to be a holy relationship, not a special one. Jesus bids us serve one another, and asserts that this describes the circular nature of the universe–to serve and to be served.

Jesus is much concerned in this whole series of three volumes that we not keep seeking for our answers; we are to rest in the view that we know enough to live in love. He talks about the fact that we seem to be continually seeking, but we are weary, and he knows that we wonder when this seeking will finally end. In ACOL, the seeking is finally to come to an end. The second and third parts, The Treatises and The Dialogues, particularly bid us leave our intellectualism behind and to listen, wholeheartedly, to our mind and heart in conjunction with each other. In these later parts, particularly the last, he resigns as our teacher and speaks to us as one of us.

The Treatises: the Second Book
When I first began reading the second of the three parts, The Treatises, I became convinced that Jesus was the author; it was an intellectual decision based in part on the newness of the material and the complexity of it. In addition, the fact that there were no contradictions to ACIM played heavily in my decision. The Treatises are four in number, and they provide an intellectual framework in ways that the other two volumes do not. They are harder to understand, but the same beautiful language is there, along with the forthrightness that I have learned to associate with Jesus. In the early pages, he asks us to choose a miracle, and explains that this will help us to understand what he is saying. Later on, he asserts, in line with Eastern thought, that mindfulness will provide the complement to wholeheartedness.

As the parts go on, there is much that is new in them–ideas that pick up where ACIM left off, with the time of the Holy Spirit, and assertions that we are now in the time of Christ-consciousness. There have always been individuals who embodied Christ-consciousness, but none (except Jesus, we might add) that have sustained it. Jesus does not make promises about a physical Second Coming, as he did not in ACIM, but he does indicate that now is the time for the sustaining of Christ-consciousness among more and more people, and he asserts that children born now will inhabit a very different world than that of their forebears.

Jesus directly states that ACIM and A Course of Love work hand-in-hand. ACIM was meant to dislodge the ego, and ACOL builds upon this success, giving us the tools with which to work. He asserts in the final volume, The Dialogues, that we are now the accomplished, and he presents a primer that is meant to be read and understood over forty days and nights. We are working in a forty-day ascension to elevate the Self of form on our earth.

So much is devoted to the false thinking that we have about continuing to seek in a never-ending pathway. When is it enough? When does the seeking end? Jesus ultimately says that we are ready now, once we have walked the whole pathway (which he outlines in the latter part of the third part, The Dialogues), and that continual seeking is not what he means for us. We will let the rough aspects of our personalities fall away, knowing that we are beloved and that we have achieved the Christhood that he holds out to us as his promise. In what appears to be a departure from ACIM, Jesus asserts that no feelings are bad. In ACIM, he had asserted that anger was never justified. In A Course of Love he notes different aspects of personality that do not hinder us from full acceptance to Christ-consciousness. Some of these aspects are negative, but he holds out to us the view that we can have these undesirable traits, undesirable to us, fall away if we do not care for them. Otherwise, it appears that we are simply to be tolerant of aspects of ourselves that will be subject to change as we grow in Christ-consciousness. In ACIM, perfection is seen to be a prerequisite, and Jesus was said to stand at the end of time to undo those errors in us that we otherwise could not undo. The differences between these two thoughts may not be as great as we might imagine, as we remember from the New Testament that the man Jesus, the example-life of Christ-consciousness, got very angry in the last week of his life with the moneychangers in the temple.

To believe that we can retain some negative traits and yet ascend to Christ-consciousness is a remarkable statement that sounds almost too good to be true. Yet I believe that it is true, and that it is only our own ego that would assert that the new understanding is arrogance. This is the suggestion, discussed above, from A Course of Love that we do not have to be perfect to be an ascended Self of form in this world. This is reassuring in the extreme, because how many of us try and try, only to fall up short repeatedly? This is discouraging for those of us on the spiritual pathway, and Jesus’ statements deny the reality of perfection as a criterion on acceptance by him as being Christ-conscious. This statement is one of the more startling in the volumes, and perhaps one of the more controversial.

Relationships are seen in much the same vein as in ACIM, and special relationships must change to the holy. This is itself will change everything. We will exist in union with our brothers and sisters, in relationship, and this will fuel the new Christ form that we occupy.