Article: Elephants and Rhinos and Miracles, Oh My! 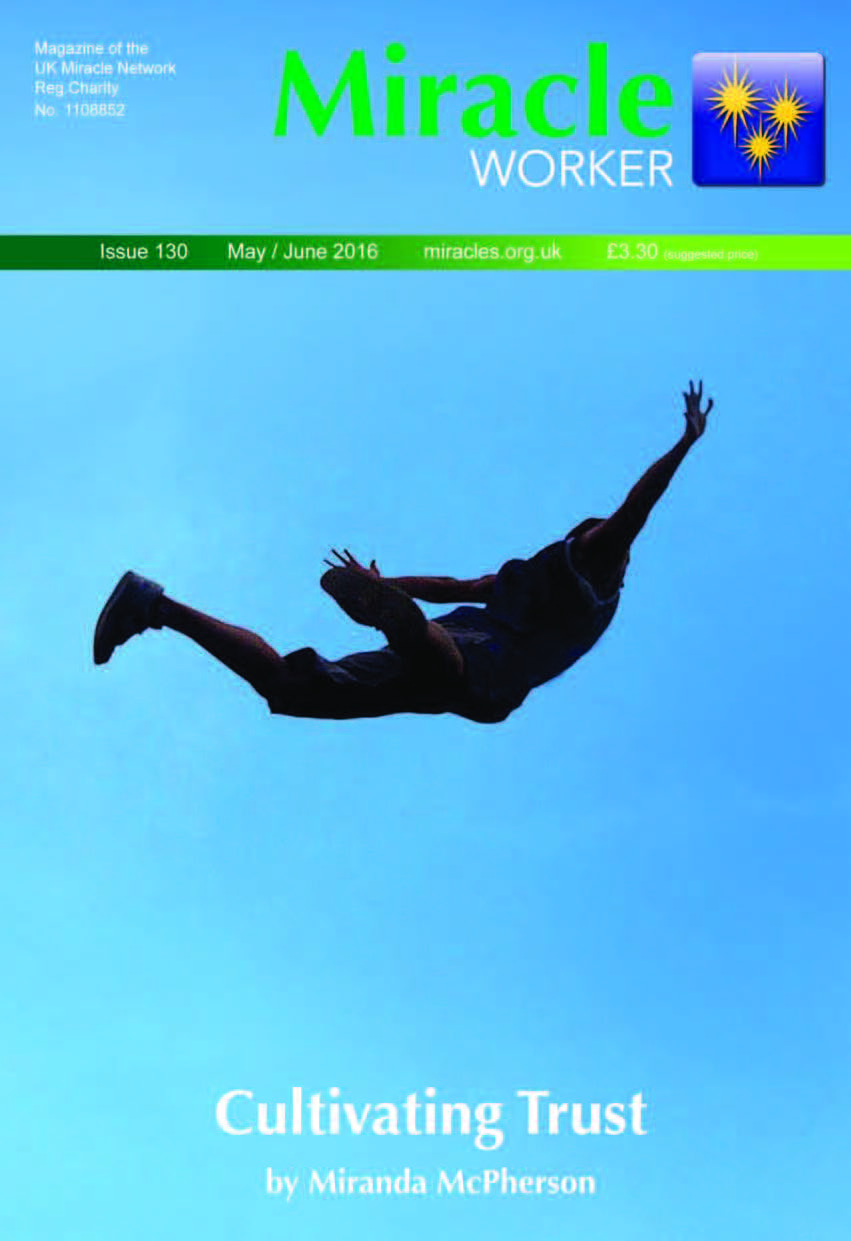 In South Africa, Douwe Van der Zee had an incredible experience of joining — with an elephant.

As a child growing up in South Africa, I sought refuge from loneliness in nature. To study biology seemed to me the to be the natural thing to do but, after a master’s degree in zoology and a few years as a scientist, I resigned as an oceanographic research coordinator to pursue my interest in the human psyche and its Source. In a varied career since then, I have acted as counsellor, group process facilitator, mediator, overland and wilderness trail guide, high school teacher, permaculturist, writer, ‘playmate’ at a preschool and CEO of the Field (Nature) Guides Association of Southern Africa — all external forms of an internal quest for peace and Truth. Predominantly through A Course in Miracles, Eckhart Tolle’s writings and A Course of Love (ACOL), I have now come to accept the latter’s instruction that “the idea that you do not have to earn your way nor pay your way must be birthed and lived by”.

I cannot claim that it came without frequent deep and intense fear but the result is ever-increasing joy as I, as an ordinary person, move towards “living an extraordinary, and miraculous, and observable life”. I would like to share with you a story of the One mind, experienced with a fellow creature from the time I worked as a field guide.

As I co-led a group of farmers from around the town where I live to the Mfolozi Game Reserve, the oldest game reserve in Africa, a large bull elephant appeared straight in front of us, on the same path that we were on. Sipho, my fellow guide who walked in front, made a U-turn and urged the group to follow him. They did not seem at all unwilling to follow him, as he almost ran for safety.

But that was not for me. In one of those rare moments of absolute knowing and before my mind could interfere, I walked obliquely towards the elephant to get upwind from him (openness and transparency!), knowing that “nothing that I do or do not do will threaten my safety.” (ACOL)

The elephant started charging towards me but I could feel that he was not serious, almost as if he felt that it was the ‘right thing’ to do. I ignored him and he gave up. He walked towards me and stopped about 20 metres away.

“What an amazing animal you are!” I heard myself saying. I could feel he understood. We were in communion as we truly observed each other: “Observation is an extension of the embrace that, in turn, makes the embrace observable. The embrace is not an action so much as a state of being.” (ACOL)

The group had moved downhill but was now standing where I knew the elephant wanted to go. I signalled to them to move away. As if he understood, the elephant started walking towards them. “No, don’t go now!” I said. “They’re not ready for you yet!”

He turned round and stood watching me again. Then, when the group had moved away, he turned and walked downhill.

At the end of the trail we camped under a large sycamore fig, watched by three elephant bulls and seven white rhinos. A small breeding herd of elephants came over the hill. When the matriarch saw us, she faced us with raised trunk and flapping ears, and started trumpeting.

“Don’t worry,” I said to her in a loud voice, “we won’t harm your babies!” She dropped her trunk and silently led her group into a dense patch of reeds next to the river. By this time, it was almost dark. And then, one by one, little inquisitive elephants started appearing from the reeds very close to us. There is no way in which the matriarch would have allowed that if she did not feel absolutely safe.

Several participants were rather nervous and were ‘testing’ me with their questions, as if saying: “Can we really trust you?!”

It depends, of course, on who they meant by ‘you’. In the world of illusion, I had been trained as a zoologist, with all the assumptions that go with it. As CEO of the Field Guides of Southern Africa (FGASA), it had been my role to ensure that field guides or ‘game rangers’, as they are often called in South Africa, were trained in line with those assumptions.

Now, all that ‘knowledge’ was utterly useless and only by relying completely on a much deeper knowing could I experience the miracle: “The miracle is true seeing.” (ACOL)

And so the first person went on night watch surrounded by elephants, rhinos and a crocodile, in the river next to us, and there was absolute peace.

It is now three years later and the farmers are still talking about that trail. When they do so, I observe a deep joy within them — and within me. Such is the nature of miracles.