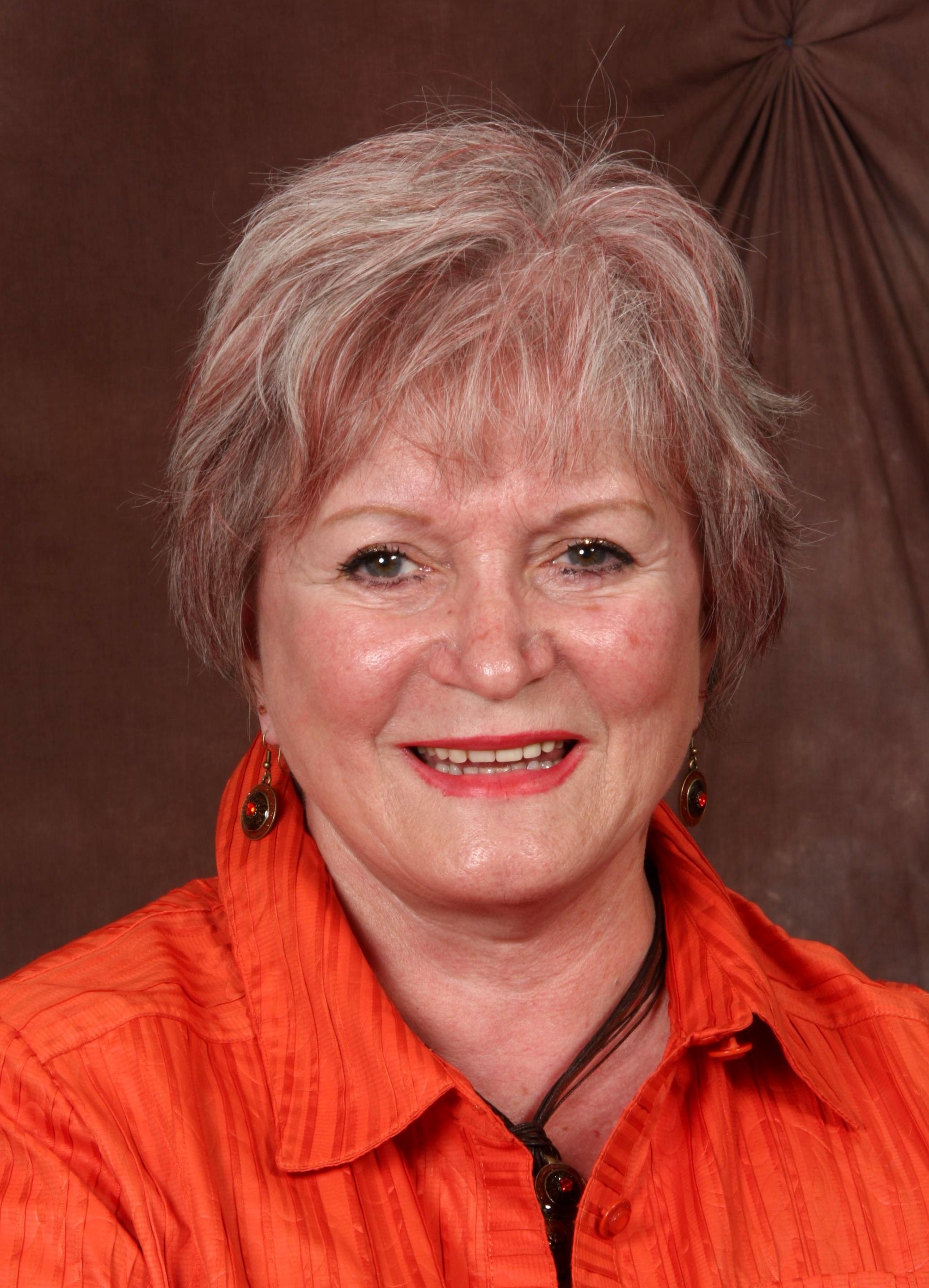 My Adventure in Translation

In mid-August 2014, I received by mail the offer from a stranger asking me if I was interested in joining their team. Three friends had undertaken the translation of A Course of Love into French. I had just finished translating, for myself and my group, 1385 questions related to A Course in Miracles  answered by Kenneth Wapnick, and taken from his website. I had previously translated the entire Urtext of ACIM for friends and family.

I was skeptical about whether A Course of Love (ACOL) was a continuation of A Course in Miracles (ACIM). But right away I recognized the genius and particular style of Jesus and I immediately joined the team of Jacques Tetrault, Marcelle Paquette, and Maryse Thomas. We were all convinced of the authenticity and value of the document, and we knew quite enough of the French language to fulfill the task of translation. Yet a point of contention arose around particular terms used. As I was certain that Jesus’ message in this new manuscript was to clarify several points that were misunderstood in ACIM, I wanted to keep the French words of the official translation of Un Cours en Miracles, terms familiar to students studying this book, to ensure consistency and also the credibility of this major work.

However I didn’t succeed in convincing the team to keep these essential words. The three translators had been reading ACIM in English and were not familiar with the words translated in French. Furthermore, they thought the work was independent of ACIM, which is not entirely wrong since ACOL is complete in itself. Although ACOL indeed stands by itself, it also reveals totally new teachings. Jesus corrects, brightens, and deepens several misinterpretations of ACIM. It corrects many major issues about the theme of separation, meaning of life, purpose of the body, co-creation, etc. For me it was vital for students to identify with the language used in both books.

So I left the group and continued the translation by myself, motivated by the desire to know these new revelations, and also to inform my ACIM group of friends and my daughter Suzanne Pelletier. I finished the draft of the combined volume, the Course, the Treatises, and the Dialogues, in January 2015. My enthusiasm was so intense and I was so absorbed by the words of Jesus that I did not feel any fatigue. I sometimes forgot to eat. I had trouble to come down to earth after translating Jesus’ words for ten or twelve hours straight. I lost all sense of the world, didn’t do my usual chores and at times I was surprised to find myself sitting at the computer, as the words of Jesus were carrying me away far from my desk. I felt overwhelmed with joy and just wanted to share the book with as many ACIM students as possible.

ACIM says that we should not make any decision alone by ourselves, in Chapter 5 and Chapter 30. So I asked for inspiration to direct me to the next steps. It came to mind to inform Glenn Hovemann, the American editor and publisher who administers the copyright of ACOL, of the importance of keeping the same French terms for the two Courses. I sent him an e-mail explaining why I translated the book in one sitting, almost in a hurry, with words reflecting the spirit of ACIM in French. I had no other purpose than to raise his awareness to this important fact.

Glenn was aware of the ongoing translation by Jacques’ team. He undertook to evaluate identical chapters of the two translations by asking several other native French readers, including bilingual students of ACIM, to compare and advise. Glenn selected my version.

Yet I did not expect his decision to entrust me with the responsibility for this translation. I doubted that I had what it takes. But Glenn was convinced otherwise and argued that, with the help of others who had come forth as volunteers, I could do it. It seems like I was never tired of reading what Jesus was talking about, and what is a better way to read and understand than to translate it? I then undertook the task of transforming my first draft into a faithful translation.

One of the first volunteers was Sylvie Lanteigne, who had a deep experience of the syntax and grammar. I was excited to work with her and learned many new things. Again and again I came back to Sylvie’s translation. I had fully accepted her version, and my role was now to work with what she sent me. We had some significant differences, but I was gaining experience and confidence.

Meanwhile, Suzanne and I were reading aloud the text of A Course of Love every morning. For both of us, it was the best way to apply what we were learning. Suzanne and I were often shaken by the revelations of ACOL. In my experience, at the first reading, we got an idea that something important was revealed, but we only grasped it on the surface. Eventually, understanding of the content deepened with each new reading. Students who read ACIM confirm that several readings are required before apprehending a new principle. The same phenomenon occurs in ACOL. Every time I read and reread it I became better acquainted with the principles revealed by Jesus and find it easier to translate. Hearing the text gave me the opportunity to clarify certain terms and restate certain phrases. I then went back to the computer to make new corrections.

Jacques, the pioneer who had brought together the first translation team, was always interested in this project and submitted many good ideas and suggestions.

Also I regularly received emails from people wanting to read ACOL in French and offering their help in exchange for a few fragments of the Course. A group of Miracles students in France was eager to read the new Course, and asked regularly to receive some excerpts from it. Thus I received suggestions from Florence Margot-Noblemaire and Valérie Arbelot, who reviewed, corrected, and improved some texts.

I found myself being really attached to certain words, often at the expense of content. Not only are we attached to certain words, but also resistant to some others, even the words of Jesus. For example, I resisted when Sylvie insisted that the term unicité did not adequately reflect oneness. If unity is translated as unité, union by union, and uniqueness by unicité, what word is left to translate oneness? Yet the meaning of oneness is unity—number one vs. number two, or duality. Unity can also lead to union. Eureka! In fact, the solution was simple, but it took me a long time to find the solution.

This attachment to words applied to most of those who participated in this adventure with me. It is hard to see our own words discarded or replaced. This is a real phenomenon which can cause a lot of frustration and anger. Remarkably, Elisabeth and Maryse, my final collaborators, were able to abandon the prerogative of their own words. I think we have learned much if we can come to know that words are not the truth, but symbols that represent the inexplicable. “… The words are symbols and nothing that is true need be explained. “(ACIM T.7.I.6: 4)

Maryse placed great emphasis on giving full respect to the order of phrases and words, even sometimes to the point of ignoring the “rules of the good writer.” Therefore, the particular style of the author Jesus is followed to the letter. Maryse, I, and all those who participated in this work, bear in mind the importance of genuinely respecting the transmission of Jesus, while incorporating the content of the book in our interpersonal relationships.

Jesus says that innate knowing already exists in each of us and he gives us a way to access this knowing in unity. One mind, one heart joined in unity can find the way to translate the thought of Jesus. Jesus must have had this process in mind for the translation of his Course. Several minds joined in oneness and wholeheartedness translated Un Cours d’Amour.
Finally in April, 2015, I met both the publisher, Glenn Hovemann and the first receiver, Mari Perron, at an ACIM convention in Las Vegas. These inspiring meetings were conducive to sharing the French translation. On this occasion I also met Elisabeth Light, a French citizen established permanently in the U.S. She is a French teacher, and has been very involved in the translation of some popular interpreters of ACIM. When she offered to help review ACOL in French, I accepted with great joy. Elisabeth brought a true experience of the principles taught by Jesus. We were in the final hours of the translation, and in addition to a new look, Elisabeth expressed a warm and comforting appreciation. For eighteen months, I had received no feedback of the value of this work in progress.

Also Elisabeth, like Maryse, offered me freedom accept, or not, her suggestions and corrections. I regret it if any of my collaborators were disappointed by my decisions, but someone had to decide and I was chosen to take on that difficult responsibility.

One more person came at the very end and participated in the concert, Sandra, who also had an excellent knowledge of the French language and brought her own color to the orchestra.

I pay tribute to all those loving beings who have been crossing my path. I keep in my heart a living memory of their unwavering and undying devotion. Special thanks to Glenn Hovemann, committed to translate ACOL into many languages. Glenn is a reliable friend who is also patient, confident, and inspiring. I finally handed over the manuscript, fully translated, on June 10, 2016. It will have to undergo the necessary proofreading before the French language editor publishes the Course.

Since the delivery of the translation, my life has been different in many surprising ways. Jesus said to read ACOL with the “eyes and ears of the heart,” and with the mind in the wholeheartedness. He even said not to think, because the Course enters in our heart in ways that we do not comprehend and do not need to comprehend. A Course in Miracles and a Course of Love have satiated my thirst by getting to know myself. I do accept my true identity and will never go back. However, I remind myself of one essential thing: this is a process, and it has to be that way, gentle and smooth, but it is a truly efficient process. When I close my eyes, I follow the gentle guidance of my Self and become the co-creator of my world in unity, wholeness, and love.