My Journey with En kurs i kärlek

The only reason I purchased a copy of A Course in Miracles in 1986 was to prove my wife wrong. She was into it. But as a confirmed atheist, physicist, and development engineer, I knew it was hogwash. I tried my best—but never proved her wrong. Instead I was transformed. I even changed my career to that of spiritually-oriented psychosynthesis therapist.

ACIM has been, and still is, my professional foundation. Its thoughts and concepts have over time more and more formed how I experience the world, my fellow human beings, and my way of being, both privately and professionally. 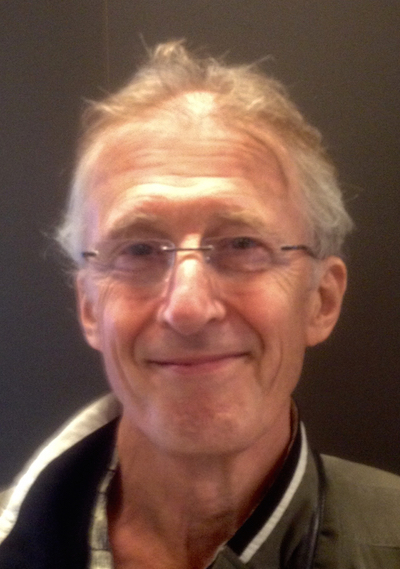 When “by chance” I came across A Course of Love, I was skeptical. I have encountered much that was claimed to be of divine origin, but in my experience was affected in varying degrees by ego as the prime mover. Long ago I established a “rule” for myself to sort out such things: If this message in any way, openly or covertly, uses fear in order to exert influence, it’s not for me.

But my skepticism disappeared after reading just one chapter in ACOL, so strongly did I recognize what was to me the well-known voice of Jesus. I soon felt that ACOL was a necessary tool for the next step in my personal and spiritual growth. ACIM’s description of the ego and its machinations is exhaustive and utterly necessary. ACOL deepened that understanding for me and made it obvious how important ACIM is and will continue to be for me. But ACOL expanded on this foundation, and gave me answers to a number of questions I had been struggling with.

The primary issue I struggled with early in my ACIM studies is whether physical reality is illusory, because I felt that if I were to believe this, I really needn’t care about all the terrible things that happen—they weren’t “for real.” I felt an acute risk of ending up heartless, indifferent, or even worse, cynical. ACIM says it is our perception of physical reality that presents an illusory way of seeing, one which prevents us from seeing that heaven is where we are. But ACIM is not sufficiently clear on this issue, and has in my experience often been misunderstood.

ACOL finally answered to my satisfaction: We as God’s sons and daughters, together with God of Whom we are an inseparable part, created physical reality as an act of love, as a way of creating relationship, dialogue, creative tension, and an ongoing Creation, but still in Oneness. Thus physical reality is real, but is only one aspect, one expression of I Am, of our Oneness. “The little mistake” we made was that we forgot that we “played a game.” We forgot to laugh. ACOL tells us that when this memory returns, our physical body will become “elevated” and again be the tool for new creation and discovery that it was meant to be originally.

It could be said that the theological interpretation of ACIM with respect to physical reality as completely illusory led to a new kind of dualism, despite the fact that ACIM advocates non-dualism. In ACOL everything we experience—physically, mentally, emotionally, and spiritually—is One, a borderless and undivided reality.

Another issue became obvious to me in connection with my therapeutic work with emotions. ACIM is a mentally-oriented, comprehensive self-study course and has influenced the world more than we realize. Yet it does not particularly address an important aspect of our human experience: the emotional realm.

In my professional life I have met many people who though cognitive methods have become “experts on their childhoods,” but still feel as miserable as ever. I didn’t find useful answers in ACIM to how to help my clients with painful emotions or how to help them find their intuitive, “feminine” way of knowing.

I was relieved to find comprehensive and valuable answers to this matter in ACOL. It does not consider thoughts as “less valuable” than emotions, but instead offers methods for using both thoughts and emotions simultaneously. ACOL calls this “bridgebuilding” a way to “wholeheartedness,” an inner state where we connect brain and heart together, where we unite masculine and our feminine energies, a state where we not only travel “the way of Jesus,” the way of teaching and action, but also “the way of Mary,” the way of being, of relationship. Wholeheartedness is a state of wholeness and oneness. ACOL also distinguishes the emotions of the ego, such as bitterness, from the emotions of the heart, and the necessity of learning to differentiate them. ACOL even calls the heart’s emotions “our inner sense organs” in our journey through life, where all emotions represent important messages, regardless of whether they feel positive or negative, for there are no “bad” emotions. This part of ACOL has been very helpful for me professionally as well as personally, where I have stopped judging myself for “bad” or “forbidden” feelings.

For more than five years now I have been “translator’s assistant” (sounding board, editor, administrator and computer expert) to Paulina Fredrikson in the translation work of ACOL into the Swedish edition, En kurs i kärlek. We have spent numerous hours discussing various key concepts that needed to be translated in a coherent way throughout the book. Many of these key concepts already exist in ACIM.

Paulina and I have very different personality types. I might be regarded as a bit square and orderly, while Paulina has the soul of a true artist. Our differences might very well have been the cause of considerable friction. Yet our mutual work can be characterized as based on peace, dialogue, humor, and mutual exploration. Over these past five years we have met more than 500 times. Each meeting started with an hour of personal sharing which very often led to insights about the theme in ACOL that we were working on at the time.

Even though I have worked with the text together with Paulina for many hours, now and then I still am awestruck by the deep wisdom and also the everyday practical intelligence that it demonstrates. My spiritual foundation now is supported by even more plentiful aspects of the Voice of God—voices not limited to ACIM and ACOL, but that for me are also represented by others such as Eckart Tolle, Krishnamurti, Hoʻoponopono, the Dalai Lama, and even voices from unexpected sources like a newspaper article, a conversation, or a song lyric.

With En kurs i kärlek now published, an important period of my life has come to an end. I look forward with curiosity and expectation to the tasks now to be laid before me by The Boss. As Jesus asks at the end of the book:

Lars lives with his family in Linköping, Sweden, where he also works as a Psychosynthesis therapist. He has written a number of ACIM- and ACOL-inspired books, including I, Yeshua: Awakener available from Amazon or Sweden. En kurs i kärlek was published Nov. 4, 2020, and is available at https://karlekens-vag.se/webshop/ (Sweden) or on Amazon. 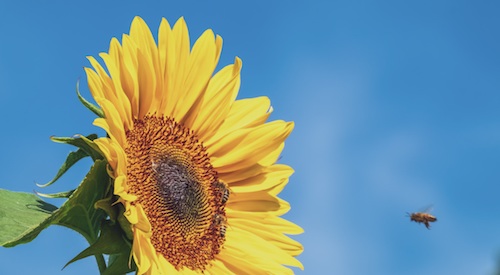 What Is Your Identity
If You Are Not Your Name?

What is your Identity if you are not your name?
Now, gone is the familiar and nothing looks the same
Your identity is formed before your first birthday
Created by all the names for things, that you learn to say
But you are not your mind – the beliefs or thoughts,
Labels, descriptions – all the things you’ve been taught
All the conditioning that made you believe
A separate individual has been conceived
Yet the word ‘in-dividual’
Means ‘un-divided’
And connected to the Source where all is provided
But this great Truth gets overridden
The conditioned mind keeps the ‘gold’ well hidden
And your personality
Is a non-reality
To which you’ve been subscribing
By your constant describing
Of everything you see and hear Creating feelings of mortal fear
Because the mind is restless and never still
And this addiction to thinking is what makes you ill
Ignoring totally what’s in-between
This present moment—which is never seen
When you’re so very interested in all the thinking
Which just creates more thoughts and sentence-linking
But with whom are you having this conversation?
There’s only you there, on investigation!
For you are NOT YOUR MIND
This Truth is so easy to find
Simply cease for a moment—whatever you’re doing
And instantly—you stop accruing
More thoughts joining up like paper-chains
Just less than a second you can rest free of pains
From this continuous narration
Of your fertile imagination
Relentlessly turning like a hamster on a wheel
But just pause for a moment—rest—and heal

And so now for a little exercise

Just stop and try this on for size:
Imagine you have no memory at all
Your name—your life—you cannot recall
The roles you play like daughter or son
And all the jobs you’ve ever done
Your age, your shape, your nationality
All you’ve believed as your reality
Where you live or who you know
Everything—just let it go

So now what’s left, without the mental narration?
Aaaah, At last! We find Silence—our true foundation
This is the kingdom of God—our home
The I AM – your pure Being—is the only One on the throne
Keep quiet—no matter what the worries or fear
Silence underlies all the images that appear
Beyond the mind is an infinite space
Discovered in the silence of this present-moment place
Keep quiet inside
Rest and abide
Keep quiet, be still
Let the silence completely fill….

So what is your Identity if you are not your name?
Gone is the familiar and nothing looks the same
Keep quiet—no matter what the worries or fear
Silence underlies all the images that appear
Beyond the mind is an infinite space
Discovered in the silence of this present-moment place
Keep quiet inside
Rest and abide
Keep quiet, be still
Let the silence completely fill . . .

Mandi Solk of the UK, author of The Joy of No Self, has two interviews on Buddha At the Gas Pump.  She is the narrator of the audiobooks of Choose Only Love received by Sebastián Blaksley and is international coordinator for Sebastián. Her website is www.healingbyrevealingsoul.com