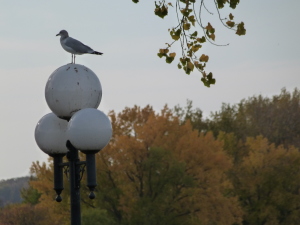 “You learn to speak by speaking, to study by studying, to run by running, to work by working; and just so you learn to love God and man by loving. Begin as a mere apprentice and the very power of love will lead you on to become a master of the art.”

I was reading in my “recovery” book: “Courage to Change” the other day, when I found this quote I wanted to share. From that came the idea of speaking of and to the recovery community, inviting your participation and your wisdom.

I don’t really know how to talk about the experiences that I’ve had in this community. My dealings have been on the end that Melody Beattie so thoroughly described as co-dependency. I just love her. She has a way of writing that I admire a great deal…but how does she do it? How does she share her experiences so personally, so nonjudgmentally, and so helpfully? With such self-knowledge and knowledge of others too? Doing what she does isn’t my charge, so I hope it’s enough to say that the experience of one family member brought me into close contact with the recovery community, and since that time, I have come to have great respect for it. (Not that I didn’t before, just that it wasn’t on my radar.)

Once I began to wonder about bringing this up, I recalled a chapter in The Treatises of A Course of Love called The New Beginning. It is particularly poignant to me to consider it, because it speaks of how hard new beginnings are to come by. I feel as if I know the “hard to come by” feeling from both sides of the spectrum. As a former single-mom, I felt real judged for my mistakes, and as if I’d never recover from them; as if no one would ever see me differently. That’s one side of it: thinking you’ll never be given the chance to make a new beginning. The other side is being willing to accept that a new beginning is actually occurring: in this case, within me as well as my family member, as our healing continues.

Just last night, I had an experience where for about twenty minutes, feelings and insights were flooding me at the speed of light. It was so weird. It was like I was seeing how it happened that I’d gotten so worked up in the past. The things that ran through my mind would take me hours to type. How can that be? How can it be that thoughts, rather like dreams, can flood you in this way? You still hear your thoughts in words that arrive one at a time…don’t you? But if that is so, why would it take hours to type the thoughts that arose in minutes?

Still, it was a rather remarkable, “letting go,” “look at what’s behind you” kind of experience. One of many I’ve had in many different forms, the first of which (in this context) was likely when I felt as if Jesus took my family member from me, and said, “Leave it to me now.” And probably more importantly, I said, “Okay.”

I’m of the type where I want to consider each deeply felt “letting go” to be the last, and yet, I know that in living life as it arises, times of not being able to let go may surprise me once again. That being said, I am on the journey. I am here and seeing new things. I have felt my wounds and am moving on to making my own apologies for wounds I’ve inflicted. But what I’m most interested in is letting go, and allowing new beginnings to come to be.

Being at a certain age, I now can see how many new beginnings I’ve had and how grateful I am for each. They are such a grace. There is such mutuality in them. In them, there is a lack of sugar-coating. A facing of truth. Courage. Trust. Humility. And always love. And gratitude! What a deep wealth of gratitude I’ve found.

In the chapter on New Beginnings, after speaking a good deal, (and very accurately in my view) of how capable we are of sabotaging new beginnings, Jesus says:

T3:15.7 You must now birth the idea that human beings do indeed change. While you have known instinctively that there is a core, a center to each that is unchangeable, you must now give up the idea that this core or center has been represented by the past. You must forget the idea that the future cannot be different than the past.

The power of love comes to us in many ways. I am confident that it flows through A Course of Love and extends to us a great capacity, the greatest capacity possible, for new beginnings and a new future.