The Greatest Leap of All
By Mari Perron

It was meaningful to me in 1998, as it still is now, that A Course of Love first began to come to me as the season of Advent began . . . the season that marks the Second Coming of Christ and the end of Ordinary Time. In the Catholic Church, Ordinary Time is called “ordinary” because the weeks are numbered. The Latin word ordinalis, which refers to numbers in a series, stems from the Latin word ordo, from which we get the English word order. Thus, Ordinary Time is in fact the ordered life of the Church—the period in which we live our lives neither in feasting (as in the Christmas and Easter seasons) or, as in Advent, in watchfulness and expectation of the Second Coming of Christ.* 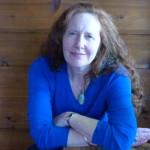 These seasons can be allowed or denied. Each of us are so blessed by our distinctness within unity that we do not have to follow in any particular way. Yet to give ourselves over to the seasons of our lives, in moments or weeks or months that “call us away,” is something we must allow and accept if they are going to happen without inner or outer conflict.

It seems to me that each year I stand for days on the edge of this acceptance before I allow myself to fall over the cliff into this acceptance . . . and it is true for other seasons as well. Life is full of pauses and leaps.

A Course of Love calls us to the grandest leap of all, to accepting the second coming of Christ in our own lives.

In the Treatises, the second coming is called the energy that will bridge the two worlds. (T1:6.9) The bridging nature of A Course of Love is perhaps a more heartfelt and human-oriented way of expressing non-duality. We need not see our humanity as false in order to see oneness as true. Like Jesus, we too can be the coming of the Christ, the bridge that unites. What is more non-dual than this reconciling, in us and in the world, of the both/and nature of our being into an inclusive oneness of being! Heaven and Earth are joined, and our humanity and divinity are one in Christ. There is no loss but only gain!

In Day 10 of The Dialogues, Jesus tells us he’s going to be with us in a new way; that he came to us in the form of the consciousness of the man he was because we weren’t ready yet to give up our reliance on an outside source in favor of reliance on ourselves; we weren’t ready to give up Jesus for Christ-consciousness. We have, he says, been unable to see the two as the same. He concludes in this way:

This sameness of the person you are and Christ-consciousness, of union and presence, of the individual and the universal, is what the elevated Self of form must encompass. D:Day10.19

The non-dualism of ACOL is found in our call to be this new Self. It is found in showing us that there is no distinction between the divine and the human. There is no ultimate distinction between heaven and earth. There is only distinction between truth and illusion . . . until truth reigns in us. It is a both/and theology that calls us to accept ourselves now; and to, through acceptance in union and relationship, be true selves. When Jesus departs from us, first as teacher, and later as the man he once he was, he does so to get us to accept our own ability to live with Christ-consciousness and to embrace the second coming.

Being present as our true selves, we are available to be present to one another and for all the seasons of life and love. This is my wish for you in this holy season.

Mari Perron is the First Receiver of A Course of Love.

On This Christmas Day

As we celebrate the Christ being born
in each one of us
As we recognize that collectively
we are the Christ consciousness
Our gifts we share on this Christmas Day
But represent wise men bringing
acknowledgement and awareness
Of the Holiness that surrounds
each one of us;

Holiness glorious as the stars
that shine in the darkness
Holiness magnificent as the arches
of a full double rainbow
Holiness stronger then the
pounding high sea waves
Holiness rich with the power of
creating heaven on earth!

On This Christmas Day
May we, as the prodigal Son,
return home
To be restored and regenerated
back to wholeness again.

On This Christmas Day
May we, the lonely separated Son,
return to the One Self
One Mind, One Heart, back to the
all of all, the Holy of Holies.

On This Christmas Day
May we embrace the love, reject the fear
Embrace who we really are,
reject “specialness’ and
Promise to never, ever leave paradise and
our everlasting joy and peace again.

On This Christmas Day
May all the gifts under all the
Christmas trees represent
All of us united together as the one Self,
one Heart and one Christ
Returning to the paradise of holiness
and love, forever.

On This Christmas Day
May the second coming of Christ
Be the awakening force that makes
chaos and war a dream of nonsense
And paradise of love the reality.
Where we move and have our being
here, right now
In the elevated Self of form.

On This Christmas Day
May duality cease, Oneness reign
Fear dissolve, and Love remain in the
harmony of our One True Heart!

Sylvia Senchuk’s poem was inspired by A Course of Love. She lives in Michigan.