A Hidden Key to Harmony

In these unsettled times when the world is turbulent, we need to “hold space” for one another. Unfortunately, the mind’s need to cling to its opinions about what’s best can get in the way. 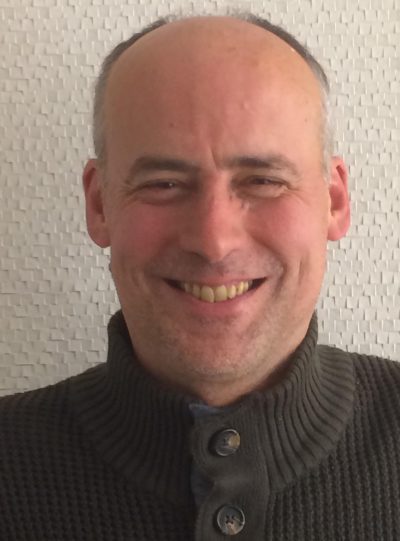 Stephen Covey provided us with a simple illustration of what holding space can look like in his book The Seven Habits of Highly Effective People. He contrasted two fathers responding to their sons’ assertions, “I want to drop out of school.” The first father said, “You will not drop out of school! I graduated from high school and it paid off.” The second father asked his son to tell him more, listened attentively, and within a few minutes understood that his son was feeling humiliated by the reading scores he had received at school that day.

Covey is not only contrasting one father who misses a chance for listening and the intimate connection that listening can bring, he’s also shining a light on the mind. The introduction to A Course of Love says:

The mind so hates to be confused, to be open, to remain open, and to not know. It desires anchors to hold it in one spot, and held there suffers the pounding of the sea of change, resists the current, fortifies itself against the storm. [C:I.4]

The human mind wants stability. The difference between Covey’s two fathers is that the second father allowed his mind to appeal to his heart—he let his heart lead the way. ACOL would have us do just that:

This course was written for the mind—but only to move the mind to appeal to the heart. To move it to listen. To move it to accept confusion. To move it to cease its resistance to mystery, its quest for answers, and to shift its focus to the truth and away from what can be learned only by the mind. [C:I.1]

We’ve all had times when we’ve been like the first father, sure that we were right about what would be best for someone else or for ourselves. “I’m right about this” becomes more important than listening, relating, giving it a second thought, or anything else. We tend to forget the famous question posed in A Course in Miracles, “Do you prefer that you be right or happy?”

Given that the mind “so hates to be confused” and “desires anchors to hold it in one spot,” it’s not surprising that this attitude shows up in social media. The mind doesn’t say, “tell me more” when reading a post in Facebook. The mind and ego excel at keeping us stuck where we are—until something jars us, something not easy to dismiss.

The mind’s avoidance of confusion can also impede on our relationship with ourselves. Just as the first father missed out on a chance for a tender moment with his son, so too do we miss out on tender moments with ourselves. Sometimes we shut down a voice that’s crying out within, wanting to be heard.

My heart may be saying, “I don’t want to work in a job that doesn’t line up with my values any longer.” My mind might respond, “This is the only job possible given my skills and capabilities.” If the conversation ends there, a rich exploration of feelings, visions for the future, and ideas is stymied, as well as the unearthing of doubts and fears. For now, feelings and dreams go unacknowledged.

If I’m entrenched in a particular set of notions about myself such as “my skills and capabilities are limited to x, y and z,” to open the way for change and growth I’ll need to release the mind’s need to be right. When the mind appeals to the heart to lead the way, I’m more likely to discover who I am—or at least get a fresh new glimpse of the glory within me and my capabilities. I know all about this. I’ve worked at one entry-level job after another for a few decades, always thinking I didn’t have what it took to do my boss’ job.

Imagine, if you will, being a mansion with hundreds of rooms. Imagine you’ve lived all your days in just one room and you take that room as the entirety of who you are.

Over the years you may have adopted the opinion that you’re undisciplined and procrastinate, that these are your traits. Maybe you say to your friends, “That’s just the way I am.”

If you start off with “This is just the way I am,” you forfeit exploring the mansion. You’ve glued yourself to the room you’re in. In this example, you cling to “undisciplined,” and while this may accurately describe your experience in that room, it denies the presence of the rest of the mansion that may inform you of more about who you are.

Many of us may have been finding ourselves in a very constricting room lately. I’ve noticed people deciding that they don’t have what it takes to accept people who think differently about important social matters. “I guess it’s just the way I am, I’m not able to accept everyone,” some of us are saying with resignation.

This mind-trip keeps us static, not daring to open doors that might lead to a place that wants to behold God’s light in all.

What a heavy price to pay for the need to be right! We cut ourselves off from others and keep ourselves contracted by saying “No” to the eternal invitation to discover more of who we are. Surely this can only lead to suffering.

Our hearts know that being right isn’t as important as holding the space for ourselves and for one another, setting ourselves and each person free to be wherever we may find ourselves, and living the best life we can, open to joy. Our hearts know that embracing all souls may be the highest (and happiest) way to the creation of the New. With our hearts in the lead, we are ready to encounter the man or woman we were born to be.

Elliott Robertson is a Spiritual Growth Coach. He is the Founder and President of Beyond Divisiveness and leads workshops on holding the space or one another, overcoming the need to be right, and discovering and celebrating the power within ourselves.

Just Published!
CHOOSE ONLY LOVE:
THE WAY OF BEING
Vol. 7, the Final Volume of the Series
Please order from Amazon, Barnes & Noble, or from your favorite bookstore 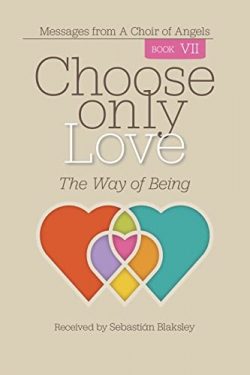 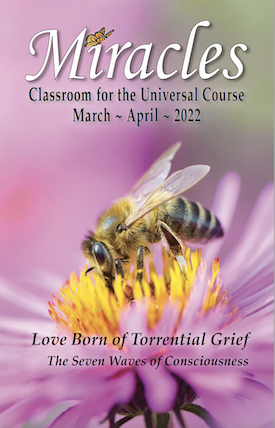 The Chain of
Beautiful Love

An Excerpt from
Choose Only Love:
The Way of Being
(Vol. 7)

In order to express the truth of who you are, it is first necessary to love yourself, for if you don’t love yourself enough, you cannot trust what your heart hears. If you cannot trust your heart, you lack true inspiration, not because spirit does not inspire your soul, but because your lack of self-confidence makes you devalue the beauty of who you are, and therefore of what you could manifest. By failing to love yourself, it is as if you preview your works, and say; “Look how ugly they are, they are just like me. They not worth showing to anyone.”

Can you see how much lack of love is in that vision of yourself?

Love who you are so you can create with love, and so you can love your creations. When you do that, you will begin quickly to see and realize how much beauty you can express, how much holiness you can birth, how much beauty you are. You will even be surprised at how much wisdom you have received, and how well you can guide those who have not yet been able to accept that they need no external guides. You will be amazed at who you are. With happy astonishment you will discover that the beauty of Christ resides in you, and that you have the ability to make a whole Heaven. You will be a light to the nations, a joy to your friends, and a source of inspiration to others. But above all, you will be very happy, because you will be giving creation the most beautiful gift possible: the gift of the love you really are. In this way, the world will know a new light of Christ shining on Earth, as if it were a new sun in the sky.

Giving the love you really are is the path of fullness. Start on it now, consciously. Take my hand and do not let go. And let others take yours, so that together we begin, right now, to create a new chain that surrounds the Earth, a chain of free expression of beautiful love, a chain whose beauty will reside in each link, and each link unique and of such beauty that as a whole they will create a perfect harmony of beauty and light.