The Great Transformation Under Way

H umanity seems to be going in two different directions. There is an impulse towards allowing a new world and a new humanity to arise in which the mind and the heart are united—a new state of consciousness.

At the same time, there is a reaction towards the new that is emerging—an attempt to reassert the old order, to try to hold on to what has been.

It’s a dramatic process we’re living through, and nature gives us a helpful perspective in the metamorphosis of the caterpillar-chrysalis-butterfly.

In David Korten’s book The Great Turning: From Empire to Earth Community, he explains how, before it begins its metamorphosis, the caterpillar gorges itself—eating as much as it possibly can, just as humanity has also been gorging on the resources of our planet.

Then it attaches itself to a branch, encloses itself into a sheath, and hangs as a chrysalis for about two weeks as the caterpillar begins a journey towards its own transformation. Its body turns into a soup. Its body dissolves. Within this soup, the DNA that holds the code for the butterfly becomes activated and gives rise to what are called “imaginal cells.” These imaginal cells begin to find one another. They begin to form what are called “imaginal buds,” which are the nascent organs of the new butterfly.

Right now on the planet we see imaginal cells—people—arising from this social soup, who are containing a vision for something new. Collectively we contain a knowing of a new thing that is coming. And we are finding one another.

But the thing that is so instructive—at least for me and for us in this moment—is that in this process of the chrysalis, as these imaginal buds are beginning to take shape, the immune system of caterpillar is still intact enough to be able to detect what is happening. And determining that these imaginal buds are actually foreign to itself, it begins to attack them. It sees this emerging thing as alien, as a threat.

The immune system of the caterpillar is unable to recognize its own transformed self as expressed by these imaginal buds. This is exactly what is happening in society today, mostly unconsciously. There is fear of what is happening—the dissolution of the old order and arising of the new—and this has triggered an attempt to reinstate the world that has been and to annihilate the expression of the New.

In the chrysalis, though, the imaginal cells do not attack back. Instead, they keep emerging. They keep finding each other. They keep connecting. They keep forming the new organism.

That, to me, is what we are called to be doing right now—not to overreact to the attacks, but to continue aligning ourselves with the energy and the frequency of the new consciousness that wants to arise, and finding others who are doing the same. Connecting. And in this connection we create the new pattern. We allow the new to take shape in our own beings as well as in the collective.

Eventually in the chrysalis, the imaginal cells become so numerous that they overwhelm the immune system and the new organism comes forth—the beautiful butterfly that lives lightly on the earth, a pollinator of flowers, a thing of beauty that has emerged from this stunning metamorphosis.

Jesus makes good use of this pattern of nature: You might think of the caterpillar as the unaltered self with which you began your journey. You might think of your body as the cocoon, the carrier of your potential. You might think of the butterfly as your spirit, revealed only after the potential has matured and been released. . . . To attempt to remain within the cocoon of the body, to attempt to contain the spirit within that cocoon, is to attempt the impossible. It is the nature of spirit to become. . . . Yet the body is not left behind. The caterpillar, the cocoon, and the butterfly have always been one and remain one. Each form is but a different stage in the becoming of the spirit. (ACOL D:Day24.5-7)

The caterpillar and the butterfly are not two separate creatures, but the same creature that has profoundly transformed. That is what’s happening now. We are one humanity, one mind, one heart, and we are undergoing a transformation so profound that it seems like a new thing.

Currently we’re in this chrysalis where things seem to be “hanging in the balance.” It is up to us to trust the process that is underway. Not be thrown off our path by attacks. Not to defend or counterattack. But just to continue to tune in to the new consciousness that is coming and to find one another. That allows the new organism to emerge. Jesus’ voice rings with power when he speaks of the New: 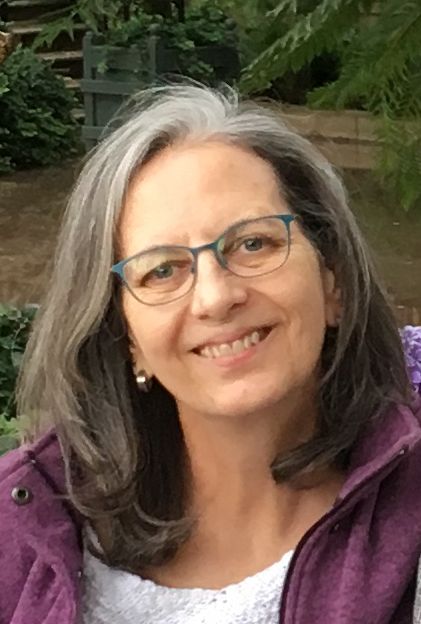 Patricia Pearce is a writer, speaker, spiritual teacher, and board member of the Center for Contemporary Mysticism. Her podcast “Teachings of the Chrysalis” can be found at https://patriciapearce.com/. The author of two books, Beyond Jesus: My Spiritual Odyssey and No One in I Land: A Parable of Awakening, she lives with her spouse in Philadelphia.