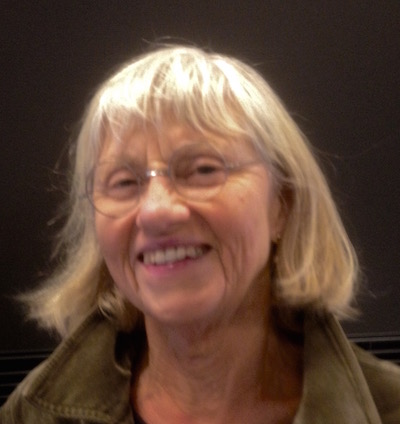 I could have been happy just reading A Course of Love, enjoying the beautiful compassionate words of Jesus, enjoying a Course saying that you don’t have to struggle to learn, even saying that learning is over now and that the words in themselves are transforming. Yes, I could have done only that, but I didn’t. For some reason I also took on the challenge of translating an enormous number of words. I am not a professional translator, although wish I were—quite often, actually. I have a B.A. in English and am very interested in language, yes, but from that to this huge task now, when I’m retired? How come?

When I look back on my life I can see that a part of me has tried (even if not very hard) to become this translator, more than once, with very little success though. I will tell you that story.

First time was at the beginning of the 80s. I was at a lecture in Stockholm. I don’t remember what it was about, but after the lecture a man in the audience announced that he was looking for people who were interested in translating from English into Swedish. That was all. I raised my hand, eager to test if I had any capacity for such work, and was given a short text. He didn’t say where the text was from and I didn’t ask. I just brought it and started to read it. After only a few sentences I had to ask myself, What is this? With a really big question mark at the end. I realized that I didn’t understand what it said, so I immediately lost all hope of being able to translate even the shortest text in a somewhat professional way – in spite of my B.A. in English! So I just forgot all about it.

Then in 1987, during my time at a Teacher’s Training College, I attended a workshop with a Norwegian writer—a scientist who, because of his own experiences, had become interested in the world beyond this. In his latest book he tried to bridge the gap between the two worlds, starting off with all new discoveries in science that made up the so-called paradigm shift. The title of the book was Beyond Time and Space. The author had travelled around USA interviewing scientists that were involved in these discoveries.

I bought the book and began reading it on the train home. Immediately I felt this urge to translate and started right there and then. I became more and more absorbed by the world beyond time and space. Home again, I knew what I wanted to do. I took a course in Norwegian at university, rented a summer house, and spent a few months there translating the book—enjoying my best summer ever! When it came to publishing, I got in touch with several publishers, but without any success. So I just forgot about it.

In the early summer of 1994 an astrologist I was acquainted with called me.  She said she had been told in a dream (yes, a night-time dream!) that I should come to watch a film she had. She invited me to see it together with a group of students. She didn’t say what they were studying and I didn’t ask. When I turned up that evening nobody else from the group came. It was just me and her. When we saw the film I was so moved by it that I couldn’t stop crying. It was the story about Helen Schucman, about the dreams and events that preceded her scribing of A Course in Miracles. The students that didn’t turn up that night were studying the Course.

I had never heard of ACIM, but I immediately bought it. From that day on my life changed. From that day on it was ACIM and me. I had no need for other books any more. Finally I had found what I had been looking for, without knowing it. Or rather, I was found. I opened my heart to the message that came to me.

The same urge to translate appeared also this time, but more intense now, as if an inner voice was telling me that I was coming closer and closer. Telling me that this strong inner feeling was true. But apparently I still wasn’t ready so I didn’t answer and—alas—soon forgot all about it.

Years later, after having studied ACIM for a long time, it dawned on me that the text I was given to translate at that lecture a long time ago was from A Course in Miracles!

Finally, in Spring, 2014, I was introduced to A Course of Love for the first time and was told that it was a continuation of ACIM. I could hardly wait to buy the book. When I started to read, the words immediately appealed to me. They felt so familiar, as if they were written directly to me. And so they are, Jesus tells me in the text. The same urge to translate came over me now. But this time I felt it was possible. I felt I was ready. I had no doubts about my ability. But I still didn’t act on these feelings! Instead I told myself that somebody else must have gotten the translation rights already. That it must be too late for me. So I just forgot all about it—again.

Until one day at a reunion with students of ACIM, I was told that a friend of ours, Lars Gimstedt, has the translation rights for ACOL and I was asked if I would like to be involved in the translation project and also to make an audio book of it when it’s ready (as I have already made one of ACIM).  So ACOL came to me just like that! This time I said yes without hesitation, and so the collaboration between Lars and me started.

At the beginning he was the one who translated and I the one who edited his text. After some time Lars, became more and more busy in his professional work, and suggested that we change roles. I’d be the main translator, he the assistant and technical expert. I immediately said yes, really very grateful that he would hand it over to me, because I had already begun to feel that it was my job to translate. Hadn’t I been called to this many times already? Divine design!

Do you recall that Beyond Time and Space was the title of the Norwegian book I once translated, for my own sake? Beyond time and space is what it’s all about, isn’t it?