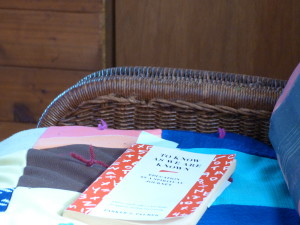 This is what happens with me: I get a sudden yen to re-read, or sometimes just to re-find a passage of a book that meant a lot to me. That’s what happened a few days ago when I took To Know As We Are Known off the shelf. It is, I believe, the first book Parker Palmer ever published, and it is my favorite of his. The copyright is 1983.

Sometimes I feel as if I could chart my trajectory since receiving ACOL by remembering my readings. I know one thing for sure. When I read To Know As We Are Known I was awed by how much of it sounded like A Course of Love.

The reason I went back to the book—this time—was the audio recording I’m doing of ACOL. But I didn’t know it as I felt the yen. I merely knew I was being drawn. I had recently recorded one of the concluding chapters of ACOL: The Nature of the Mind, and had experienced a deeply felt memory of the original receiving. That memory was of the way I heard the words in truth. They’re repeated and repeated in that chapter, and each time I heard them, I felt that I was in truth. It was the most inexplicable feeling. It was an experience of the reality of truth. Not truth as concept or statement, fact, or philosophy. I felt that truth had its own reality, its own realness, and it was right there. It was with me like a presence in the room.

I didn’t know I was seeking this book in response to that re-kindled memory until I found what I didn’t know I was looking for. It’s this passage, which is just one of many, where Parker Palmer speaks about truth in the way I felt it that day:

The way Parker describes truth is, I feel, the way of this Course. Allowing these words to enter us, we know in truth, and in truth we are known.