According to the computer it is 6:30. If this is true (which it probably is) I’m all screwed up. Daylight savings time. At 5:00 my watch said 4:00, now my watch says twenty to five when it is twenty to six. Why does this feel so complicated? Geesh. Still, as I came out, treading the cabin’s path carefully for the ice that’s come with spring melt, I was thinking, “What is with the traffic at this hour? Where is my Sunday morning quiet?”

It reminded me of a sweet young visiting priest who shared officiation of the Mass yesterday. He was a mission priest assigned to a parish village in Venezuela in a diocese that is considered a sister to the Twin Cities, partially because it sits at the meeting of two rivers, as we do here. He seemed frail and perhaps unwell.

I was talking about him when Mom and I got in the car after church—a struggle for her—and she said, “One time when I was in the hospital, Dr. Barnes came in before I got my wig and makeup on, and he said, “We’re going to keep you another day. You don’t look too good.” She said, “The next day, I got up early and got myself fixed up before he arrived.”

During the Mass, I leaned in to whisper in her ear, “Look to the left. A habited nun.” Mom is always saying she wishes nuns still wore habits. The young nun sat with the family that, at the end of the Mass, was identified as that of the visiting priest.

In the course of his homily he spoke of the warmth of the people of Venezuela. He gestured with outstretched arms, palms resting face up on each other, and said “They hand you their hearts.” And he also spoke of poverty and moral decay and noise. It was clear the noise was hardest on him. The social ills were devastating to the village, but the noise was most devastating to him. Crime and gangs cause barred windows and doors. And yet, from within and without, a competition of noise. Constant noise. Noise at all hours of the day and night. Noise impossible for him to escape, and he a country boy. He spoke of the lack of accessible healthcare too, and how you could wait three hours and then be told to go home. I thought, “He is ready to collapse and he desires, so strongly, to keep carrying on.” All this was clear. It was not just his words or his physical appearance. His brother priest had been at the Venezuelan parish 19 years; he a year and a half. What would it feel like, I wondered, to be one of his family, mother to a beloved son, giving his life in such a way?

Now I remember something Dad said to me when he was in the nursing home. It was  about my countenance. I remember thinking at the time what an unusual word it was, and it was clear he chose it thoughtfully. How I wish I could remember exactly what he said. Was it something like, “You have a pleasant countenance?” Seems it could have been more than that. It meant the world to me. Even when I only vaguely knew what countenance meant, I knew it was a great compliment. Remembering this, I look up the word:

countenance (see contain) lit., way one holds oneself; 1. The look on a person’s face that shows one’s nature or feelings, 2. The face, facial features, visage 3. A look of approval on the face, 4. calm control, composure, see contain / contain: enclosing within, including.

It is obvious to me, now and again, that our physical forms can convey much about our inner lives. What I knew of the young priest felt like that. Like I could see his nature and his feelings; his countenance. The strange thing is, that I have been thinking about the way I bear my physical form. Because of going to the ACIM Conference in New York next month. I practice standing up straight (I usually slouch!). I have begun to attempt to change my “at rest” facial expression, because I know it is rather dour. I imagine being in the public eye and hope to look peaceful and pleasant, or at least not like a slouch or a sour puss. (Now there’s an expression I haven’t used or heard in forty years … sour puss … once so common!) Time shows up in my body too, my slouch likely having started when I was big-breasted teen. And age seeming to let my face slacken in a downward facing way! Yet these features are not quite what I feel is  expressed by the word “countenance.”

My recent awareness of these things are only part of the reason I identify with the mission priest. I mainly just felt for him. My heart opened to him. And I could share the feeling of being summoned to a place that might not suit my nature, and yet willingly going. Such an easier assignment I have! I hope to carry my mission with as much grace. I know I’ll go offering my heart, and that I’m ready to embrace the hearts of those I’ll meet there. 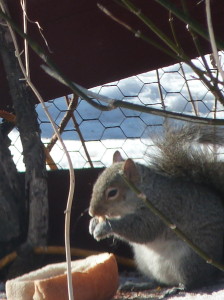 As I write this, day is coming, and it’s working on me. The sun is about to rise and there is a golden orange glow sitting atop the fence. The yard animals are out for breakfast, unaware of the time change.