Find yourself to lose yourself? 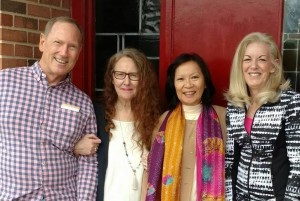 It seems impossible that a week has passed since the ACOL Gathering in St. Louis. What a wonder that was.  Like going into the new, and returning new. Going to a new place as a new self, and returning home as a new self. The people I met were the shining stars of the experience. They graced me with their presence and an uncommon eloquence about their experience of A Course of Love.

I failed to find eloquence in at least one place, and a place so dear to my heart that I feel a bit embarrassed by it.

I was asked about the Way of Mary and I turned to the book. The book! I could not recall what Jesus says about the Way of Mary. To be honest, I thought what he said was confusing. Yet I’ve always “known it” as something that you . . . just know. You don’t know it till you know it and then it’s like you’ve always known it. That’s how I felt it about it—until last weekend when I drew a blank! What can account for such things? Today it felt like something bursting to come clear in me, and led me to a rather bizarre thought:

As I reflected on it this morning, it seems there are as many ways we are asked to find our Selves as to lose ourselves. Maybe this could be a sort of reverse order to ACOL. In other teachings, perhaps it’s more about losing than finding. I’m not sure, as this is a new idea. But there’s not much if any loss. We hear a lot – “there is no loss but only gain.” But what I’m thinking of us is how we continue to be who we are. This is where the major challenges of this new way arise, actually. You don’t lose “you”…you keep “yourself” and you change at the same time. And

it shows the truth of this passage:

In developing the confidence of the self of form, we work with what has been in a new way, and as you all know from the time of learning, it is often more difficult to become adept in doing something in a way different than you have done it before than to do something completely new. D:Day 10.12

Day 10 of the Dialogues addresses this most clearly, and I’m going to share a passage from it. This is the day in which Jesus asks us to quit hearing his voice as the man Jesus, in order that we may expand our confidence in our own elevated Self of form:

To continue to identify this voice with that man is to be unable to recognize this voice as the voice of your own true consciousness—the voice of Christ-consciousness. Yet to realize that this is the same voice that animated the man Jesus two thousand years ago will aide you in realizing that this is the voice that will now animate the elevated Self of form, or in other words, you. I have spoken with you throughout this time as the man Jesus so that you realize that man and Christ-consciousness can be joined. That you, as man or woman, existing in this particular time and space, can join with Christ-consciousness. You can be both/and, rather than either/or. D:Day10.20-21

Leading back to the way of Mary: 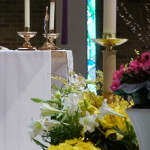 We have entered Holy Week. Even the non-religious follow this season and this recorded history. Jesus’ death and resurrection could be seen as a classic “lose yourself to find yourself story,” a classic example of the Way of Jesus as described in ACOL: Jesus as example life. What of the Way of Mary? We are told the time of Jesus and the time of Mary might be thought of as two intertwined circles. . . both going on right now. In these two ways it feels like we have the two sides of the “losing/finding ourselves” equation.

We are to be both/and: true to our Self as created in form, and true to our Self of union. I like this way, even while I fumble once in a while. I like it because I so love experiencing the beauty and diversity of people finding their both/and way.

The next meeting place will be at the ACIM Conference in Las Vegas. Amidst all the often chaotic feeling energy that comes with large gatherings, I trust that we will also feel the energy of unity. I look forward to it all, especially the one-on-one interactions and dialogues that reveal our humanity and our divinity as one. http://acourseoflove.com/mari-perron-in-las-vegas/