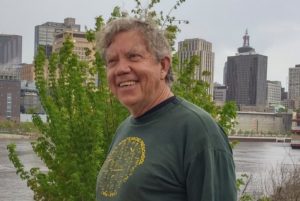 The mourning and the manifestation of the new.

I learned yesterday morning that my friend Douwe van der Zee has died. (I wrote of him on May 8th. He’d come from South Africa to meet with as many from the ACOL and ACIM communities as he could, beginning with the ACIM conference in Vegas, and ending with his visit with me in Minnesota.) His death has sparked a time of such raw emotions. Unexpectedly strong feelings.

Henry (my grandson) was here when I heard the news, but I couldn’t tell him. I carried on with my day. Mom wasn’t feeling well enough for church and so we shared a meal and I did tell her. Mom responded with a whoosh of breath and an unqualified, “I’m so sorry.” (How sweet it 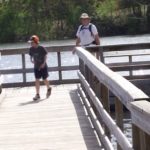 seems now that Douwe and I walked with Henry. That he joined Mom and me for church and that we heard his rich voice raised in song.)

Very quickly I got the idea of finding a video I hadn’t posted—a video of our first conversation. Editing felt like something I could “do.”  I was looking for something “to do.” Ironing, dusting, dishes—they often work for me in the early stages of grief. There was a feeling in the back of my head, a feeling like static or fuzz, a half formed solidity of incomprehension. Another feeling around the nose and eyes, an equal tingling. A heaviness in my chest.

Without knowing it, I was looking for “the pause.”

Douwe and I were in a shared “pause” during our time together. We were recovering from our travels, feeling a need to rest and “take it all in” on a deeper level.  So much had happened with us both in the weeks since we’d met. We’d been on separate travels with A Course of Love since then, joining with others who had been affected by it.

Douwe also had not once moved in to fill a “pause” in conversation. We sat in pauses that at times made me uncomfortable. I knew I needed to sit in another uncomfortable pause.

I realized more later as I watched our dialogues, noticed how tired we were, and also the quietude we had together. That is the best word I can find now for what we shared. “Quietude.” I’d be working on my audio in the morning and he’d come in from the cabin with barely a sound. He moved as he did on the trails of Africa; such a big man, able to make himself so very quiet, so at one with his surroundings.

Without a great deal of clues that it was so, I knew that he was thrilled to have my cabin to himself. He slept on a lumpy couch and even said no to a good pillow. He was used to sleeping on the trails. He read Dark Night of the Soul by Pamela Kribbe and began to give shape to his ideas for holding retreats.

In our pause, we realized we’d landed on the same page, gotten the same message: that of “being real.”

A few days before he died, Douwe was very much with me. During that time I was backing up my computer files and came across a message I’d received from Jesus a year before that 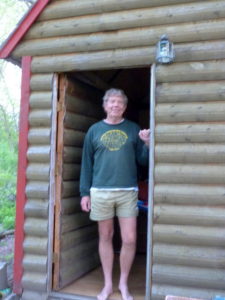 somehow spoke to me as needing to be shared with him. I sent it off with a few personal remarks and the final picture I’d taken of him, realizing at the last minute I hadn’t gotten one of him in the cabin.

In light of his passing, I thought it might be appropriate to share with you, this message that I shared with him:

… The length of your transition is aligned with manifestation. This is your way. You are “held” within the creative act until the manifesting is done. Is this not so?

It most certainly is.

And so, it is as it is. You are held within the creative act of forming new life. I am here to assure you that YOU ARE HELD. You are not “held up” by it. You are not stuck. You are becoming unstuck. A part of you knows this. A part of you is mourning your prison and the fellow prisoners you came to love. A part of you is rejoicing that the time of your bondage and the bondage of those you love is coming to an end. Embrace new life, as it embraces you. Know that you are doing so, even as you mourn. It is all of one piece, the mourning and the manifestation of the new. As the old is thoroughly released…that is when the new can come. No stage you pass through in this release is unnecessary.

You are on that journey…in many ways. There is no end point to reach when you can say “Oh! Change is behind me!” No. And yet you have felt those times of “everything is different” and you have identified the necessity of the human self needing to catch up to that difference. Slow, yet continual change, formed the mountains. The “life of a mountain” is a different lifespan than the life of a human, and the mountain is a different life “form.” You are etched in a different way. The knowing that “everything is different” is a deep knowing that does not negate the truth that change is continual, that your voice is not the same morning to afternoon, that no two days look or feel exactly the same. This will all feel more like gift and less like curse—in a short while.

Yes, Mari.  Have faith in something new. Feel hopeful. That is perfectly alright. Feel what you feel. But yes, begin to believe. That will help you more than anything else that I can say.

Your words are not making it so, and I so wish that they would.

My words only acknowledge that it is so. Your words will do this too. As will the work of your hands. What you are doing is feeling what you are feeling. That is the way to come to acceptance. It will come. Begin. Begin to let go. Begin to form, to dream, the new life. Begin the movement and it will carry you.

This sparked Douwe’s final communication with me, an email I received on July 7. In this last paragraph he wrote:

“The new is happening. I know it.”

Douwe is now in the New of life beyond form, but I hope we who are still in form will remember him and his beautiful vision of life in form, healed by “realness,” our acceptance of our feelings, and our connection to nature and to one another in unity. You can read of his idea of our human capacity to feel our way to the new here: http://www.douwevanderzee.co.za/

You can view the newly posted dialogue video here: https://youtu.be/_m_E1bsxMBU

If you haven’t seen the dialogues with Douwe on the Center for A Course of Love website, you can view those here: http://www.centerforacourseoflove.org/dialogue/

Below is a sampling of what Douwe shared about his experience with the ACOL community:

Realness heals. As I facilitated group process in the past, I found myself healing. As I shared on the A Course of Love Facebook site and later personally with people who had “worked” through A Course of Love, we found mutual healing happening. Healing happens through authentic sharing – not through one person healing anybody else. What we share is the unity that underlies our pain. 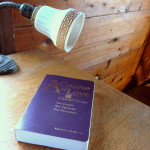 On the ACOL Facebook page I found that even through virtual interaction deep healing could happen. I had many healing experiences on wilderness trails. Then, on a miraculous journey in faith to the USA I actually met and shared in dialogue with many people who had done ACIM and ACOL, I experienced a joy and abundance that I had never known before. I found the whole quality of my life changing. The “kingdom of heaven” is becoming a reality.

In the reality of spirit, which ultimately is the only reality, I learnt from experience that giving and receiving are one. Not once have I not experienced healing when I apparently had a healing effect on others. This was heavily reinforced on my journey to the USA. And so my desire to give – effectively of my authentic Being – has become my passion, for the simple reason that it gives me so such joy and abundance! And what I receive, of course, cannot but be received. 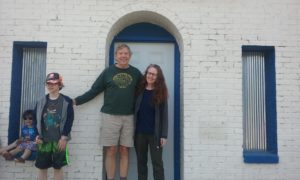 Douwe with me and my grandsons

I posted anew on Facebook saying, “We have lost one of our own.” Afterwards I wondered if some wouldn’t like that expression—that human way of feeling “a loss.” But I am certain. Douwe would want you to feel all that you feel: for him, and for you.

And I’m just as certain: In the end, it is all Love.