It is a new time 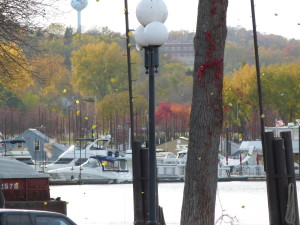 Your learning must take on a new focus. Be like the little children, and inhale the world around you in order to make it part of your Self. C:30.3

In October, the first teacher conferences of the year are scheduled. Students have a few days off and it always seems way too early to me, as if, just when the kids are getting settled into the routine, there’s a break in routine. Personally, I love routine. I believe the whole idea behind the common routine of monks is that they don’t think. They don’t think about what they’ll do that day, what they’ll wear, what they’ll eat. Ever since A Course of Love came to me, I have felt a desire (as many of us do) for a life I don’t have to think about, a life where I can simply be. And so over the years I’ve moved through various stages of acceptance of those things that keep me in “thinking” mode, and of ability to notice where I’d feel release from it. What I’ve found, is that when I’ve had a sort of “natural order” to my days, a feeling of simply being will come over me spontaneously and get established in me without effort . . . and then become something left behind only with effort.

I bring this up in relation to the days that my grandson was off of school, because we took a little trip. A very little trip. We drove an hour to the river town of Red Wing, Minnesota, to see the sights and spend a night. The town was named after a Mdewakanton Dakota Chief and 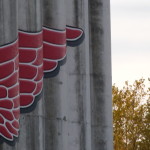 came from his use of a dyed swan’s wing as his symbol of rank. The red wing has become a familiar symbol of the town, of Red Wing shoes and Red Wing pottery and stoneware, all of which are of high quality.

The shoes may be what originally drew my family to the town. My grandfather on my mother’s side was a shoemaker from Sicily. He opened a shoe repair shop—“down south” as we say, not long after he immigrated. His sons, my uncles, followed him into the business. When they would come north to visit my mother, we would take them to visit the Red Wing shoe factory, where their own history found them being treated quite royally. Later, as the town became more of a retail center, my sister, or girlfriends and I would visit once a year, always in the fall, to enjoy the vivid display of colors in the trees along the river. I hadn’t made the trip for many years, until last year, when I initiated this first annual family outing.

Getting back home from it, I had to adjust again…back into my routine. But what a wonderful feeling it is. Maybe some of us don’t change all that much in what we require. With my grandson living with me temporarily, I’m so aware of the consistency needed by children. You get everything set up, if you can, to provide safety and security and love. You want daily life to operate efficiently enough that all of the other matters that a child needs to attend to can happen with as little effort as possible. You leave time and space around one activity and the next so that your child doesn’t get overly tired. You pay attention to meal times and bed time. You provide a container, a holding ground, from which you send your child out to meet the world. 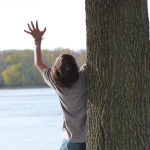 And when you see a child meeting the world with joy! Henry and his cousin spent an hour of our first afternoon in Red Wing catching (or better said, chasing) leaves—brightly golden, twirling, sparkling, leaves. It was magnificent.

The Sunday following this little trip, after meandering back into a “routine” Sunday morning, I prepared to make a meal that I make mainly at this time of year. A crock pot meal. Then, thinking of a radio show I’m going to be doing on November 6, I thought I’d listen to archived programs as I chopped carrots and whatnot. Continuing in this leisurely way, I went onto my email to get the url for the show,

Its All About Relationships with Edie Weinstein | VividLife.me

and noticed an attachment I’d failed to see before, asking me for a good deal of information. The date on it was September 15. This caused a big “Yikes!” as I pride myself on meeting deadlines and things of that sort.

And so I began to scramble.

At the end of my day, when I wondered why I was so tired, it only took me a minute to put it together. It wasn’t the crock pot meal. It was that rush that came with the Yikes! The desire to correct it immediately! Calling two friends to help me figure out how to create and send a 600 X 600 photo. (Thanks Mary and Terry!) Trying to collect myself to address two of the most dreaded questions—the basic bio—Who are you in 100 words or less, and What do you want to talk about. I got myself whipped up into a veritable whirlwind of energy. And then I crashed.

I found myself writing this in my journal Monday morning: I think this may end up being an exceptionally boring year in terms of personal growth. I wrote that because I feel as if this is the year that it comes down, way down, into the practical. There seems to be no more fooling around space. My body, soul, and psyche, as well as my heart, are telling me, No more with all the nonsense things I get into. No, you are not to scramble anymore. Nothing is that big of a deal.

These aren’t my challenges any longer. I’ve moved into a new time of life where deadlines simply may not rule me. There are bigger fish to fry, as my friend Mary likes to say. And whatever they are, they arise out of a different place. The foundation has been set. I’m no longer building it up, no longer looking to follow an external structure’s rules or beliefs, no longer trying to get somewhere. It’s a new time. And I know that what comes next will arise—not out of the scrambling that is often such a big part of an achieving time of life—but out of the quiet and the puttering and the catching of leaves and light.