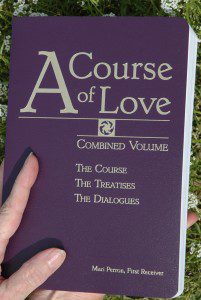 Turn not to your thoughts but to your feelings and go where they lead. And everywhere they lead you, remember one thing only. Remember to embrace your power. The power of love is the cause and effect that will change the world by returning you, and all your brothers and sisters, to who they are in truth.

Yesterday was the Women’s March on Washington, with sister marches all over the country, including here. I regret deeply not being part of it.

I regret, as well, having to admit to being uninformed. I didn’t know about the march until Friday when I saw a small article on the second page of Thursday’s St. Paul Pioneer Press, and by then it was “too late”—too late for my psychological makeup or my soulful being—not enough time to prepare myself–inside. And too late to rearrange Henry’s arrival and a usual weekend already planned, of boys and baths and bringing dinner to Mom.

Most of my news comes from the newspaper, paltry as it is these days, because it’s the only form of “news” that doesn’t grate on my nerves. The television was on all day on the 20th, but mainly on mute. I’d walk by and if anything interesting appeared to be going on, I’d unmute for a minute. Would I have heard mention of the upcoming Women’s March if it weren’t for the mute button? Would that have been soon enough? Over a million marched worldwide. 90,000 marched in St. Paul. Many chanted, “Less fear more love.”

In 2008 I attended a large (20,000+) “Change We Can Believe In” rally for Obama, (my daughter Mia, Mom Madeline, and me got to be among the 20,000 “inside,” basically because we got close enough, that Mom’s age made us shoe-ins). Mia and I marched with 10,000 during the Republican National Convention the same year, to protest the war in Iraq. I get the meaning of crowds, the necessity of movements, the sense of community, support, and courage that comes of “joining in.” I remember the hope Obama inspired.

I would have been proud of taking part in the Women’s March—for the rest of my life. It’s the kind of thing I’d tell and repeat to the grandkids. But what can I do now? Now I can only be grateful. Grateful for those whose way it is to be informed, and to respond, and to be radical for the cause of love in whatever ways they do.

I am also grateful that ACOL’s community, is a community radical for love.

As I move into the next thing and the next with A Course of Love, I’m living radically new adventures in a world where love can be shown to be more active than fear and hate, where love is seen as the active force that enlivens the world and each individual life. My approach to being with each Course of Love community varies based on feeling. There was a feeling that led to my visit in Santa Fe that was different than the one that led to Sedona, and different from what’s next—my upcoming days in community: here in Minnesota this coming weekend, two events in Philadelphia next month, https://acourseoflove.org/events/ and an interview with Rick Archer on Buddha at the Gas Pump, February 4. https://batgap.com/ There’s a different “feel” to each, and responding to that “feeling” is what I do.

While I may not have an appreciation or apprehension of all that’s in the news, I have an appreciation for the feelings that move it . . . and the feelings that the news rarely acknowledges. Feelings, and the brilliance of feelings brought to voice, have the ability to connect across distance, across differences. They shed light on our ways of knowing and on who we know ourselves to be.

I’ll say again, I’m grateful. I’m grateful for every way of knowing and being that brings more love into the world. I’m thankful for the thrill of the feminine rising! Appreciative for all who participated (women, men, and children) in such inspirited and visual demonstrations of love across the world. And I am also wistful. I wish I had been there.

Maybe, I tell myself, I could start watching PBS NewsHour once again!

All the issues that those you would call spiritual leaders are called to champion or censor have their roots in timeless and universal spiritual truths. It is the timeless and universal that you are called, in unity, to respond to and with. But this response will not be generated without the feelings that precede them! . . . When speaking of the many issues facing your world in this time, we are speaking of situations that would seem to be extreme and to call for extreme measures. The only extreme measure called for now is the same extreme measure that I called for during my life. It is the call to embrace your power.

My dear brothers and sisters in Christ, turn your thoughts not to ideals of social activism, to causes, or to championing any one side over another. Turn not to your thoughts but to your feelings and go where they lead. And everywhere they lead you, remember one thing only. Remember to embrace your power. The power of love is the cause and effect that will change the world by returning you, and all your brothers and sisters, to who they are in truth. This cannot be done from without but must be done from within. It is the transformation that is caused within that will affect the world without.