My eldest daughter is married. I’ve inherited a new grandson, a son-in-law, and a whole slew of 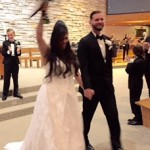 “in-law” relations. I learned there is now such a thing as “gel” nail polish and polished my nails for the wedding—the first time in about twenty years. It was beginning to wear off when I drove to the North Shore mid-week to “get away” and enjoy Lake Superior. I took the polish off yesterday before spending the evening on my son’s deck with a sizeable group of family members, with music, food, and fireworks. June, the “wedding” month of 2015 is behind me and even July 4th. A two month period with no holidays is beginning. Ah….  I feel like I can settle down again.

There’s been so much “happening” that maybe it’s not surprising that the idea of “knowing” as a “happening” came to me.  Here’s how it came—with me having the thought that “It is almost as though knowing “happens,” and then it gradually approaches my conscious awareness. It “happens” outside of the conscious arena…and then moves into it…with all its implications. With its need for manifestation.”

I thought of manifestation as I was out walking and hiking. Very aware of the squishy sound of 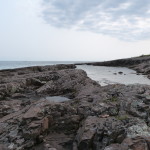 my shoes sliding over wet rock; of the flutter of bird wings and calls; of the air on my bare arms, the smell of it and how it held the lake; the sound of the lake’s gentle gurgle and ocean-like roar. Aware of the outward reality, even as I was mulling, not in thought or words, but still mulling this transition into manifestation of a new reality. It is time to manifest a new reality. This is a sacrament too, and I can abide with that idea.

At the wedding, my cousin Joy got tears in her eyes. Her whole face screwed up as she said, “I can’t imagine my dad not being here.”  Her dad, my Uncle Jack, is the last living member of my dad’s immediate family. I thought, “No one wants to face loss of love. The “manifested” love that we feel and see in each other.”

This new life I’ve been writing about and feeling approaching had its inception at some point that I did not realize and has been moving into manifestation ever since. That’s where I am! In the process of making this sacramental passage.

And you always have to close out the old first. You have to leave behind your single state with marriage. You have to leave behind your body with death. Or maybe it isn’t exactly like that. As the Quaker saying goes, Way Opens/Way Closes. The opening of the new comes before the end of the old leaves. That’s the way it is. The way it works. And I suppose it’s natural that there is the place where they meet, the door, more or less, half open and half closed at the same time, and you stand on one side of it one day – trying to keep the door open to the old, and stand on the other side another day—trying to push your way into the new, and only then, perhaps after much pushing and pulling, becoming actually . . . aware.

I was sitting on the couch out in the cabin a few days before my trip north, which I don’t normally do as I’m writing, and in a pause, I noticed a book on the shelf across from me.  It looked like a book I had by Fr. Thomas Keating, but I didn’t think it would be, as all that is there, on that particular shelf, are the books I was reading and researching as I discovered feminism a few years ago. This was a thin book, and the pale, sea-green color of it was what made me think it was one of my Keating books. It’s an unusual color and the light was falling on it, illuminating it and the green, so pale as to almost be a non-color, was shimmering. I got up, went over to see what it was, still not expecting anything. Then I read, “Manifesting God.”

I open “Manifesting God” to a page with a corner turned down, where Keating is talking of the Kingdom not being limited but present and active in the ordinary, the profane, and everyday life. “To follow Christ into the Kingdom, we have to give up the myth of rising to some kind of serenity in which nothing can disturb us, or to a wisdom by means of which we can answer all questions and doubts. … The Kingdom is not a success story.” 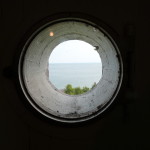 He spoke of how we can see negativity…or the transformation that is occurring.

“When you do not know where you are going; when you have no proof that you are on the right road; when you are thoroughly confused; when everybody rejects you and speaks ill of you, rejoice! … Divine wisdom communicates God’s view of reality and opens our eyes ….” 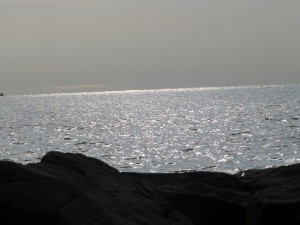