My refuge, my revelation 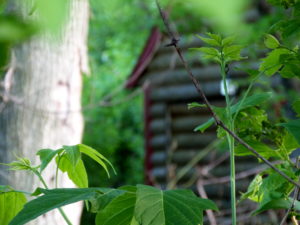 “My refuge, my revelation,” comes to me as words strung together about which I don’t know the meaning. Suddenly a phrase is there, playing in my mind.

I go to look up “refuge” and read: to provide with additional fuel.

Woops. That was “refuel.”

I move my eyes down to the word I was looking for. Refuge: to escape, to flee, more at fugitive. Hmmm. Not what I expected. Next: shelter or protection from danger or distress. Something to which one has recourse in difficulty.

The meaning of words has fascinated me since I read Thomas Moore’s Care of the Soul twenty-five years ago. He was the first writer I knew to look to the origins of words for their meaning. For a while, I followed in his way. Then I stopped. Now, I return to the dictionary occasionally. I still keep a real Webster’s—two in fact. One in the house and one in the cabin.

Regardless of its meaning, I love the sound of my attendant phrase. I love the feeling that comes with the tone and idea of “taking” refuge. I take refuge, and when I do, I find revelation. It’s true. It’s as if revelation follows me into the alternate zone that places of refuge offer.

This latest phrase came to me on my evening walk. It was a hot day and I hadn’t really been planning to walk until I realized the garbage cans were still at the curb after the day’s pick-up. When I went to roll them up the driveway I saw that it was no longer too hot, and the breeze was fine and the moon was nearly full. And so I went in for my key and my camera. As I started out I heard, “my refuge is my revelation.”

I’ve written a couple of posts for this blog lately that I didn’t get around to posting. By the time I’d spent the urgency of the writing, they were done, and then…oh well. But there’s another reason, probably, that I didn’t post them. I’d started writing for someone “out there,” not for me. Not that I’m not acknowledging “you” as I’m writing this, but it was different. You know—more like writing an article. Writing in that voice that’s different than the one found in places of refuge. Different than the private voice. The personal 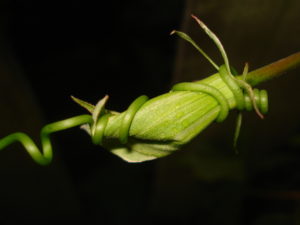 voice. The “just musing” voice that you have in those interior places, the hidden ones, the ones “under cover.” The ones where you’re not taking a stand. When you don’t have something to say or to defend or to promote. Just . . . a voice.

That’s my place of refuge, that place of having nothing to say. That’s my revelation. A phrase pops in unannounced like someone sharing with me. I share with you.

That’s what this whole thing is like. This new way that needs no promotion yet needs voices, words, sharing. Words that share in that place of refuge where nothing anyone is asking of you gets in. Where nothing is asked. Nothing is told. Where you are accompanied. Where what comes, comes as revelation.