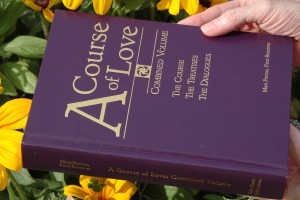 When we are young, being highly sensitive is seen as a liability. Well . . . this often doesn’t get much better as we mature! Sensitivity can be felt like something waiting to bring us down.

There was a boy in my grade school, Walter, whom I’ve wondered about from time to time. He would turn very red in the face over reasons that weren’t ever clear to me, and from time to time he would explode, as in a fit of temper. I always felt bad for him, certain he couldn’t help himself.

I thought of him this morning because I am prone to say “My sensibilities changed after A Course of Love.”  My senses, you might say, were heightened. And I felt, often, about as frail and exposed as Walter. Noise began to bother me tremendously. My sensitivity to sights, sounds, touch—my sensitivity to stimulation—all were greater. 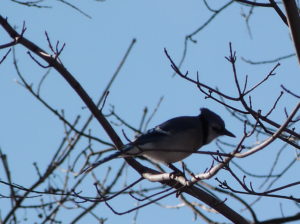 Think of the term “incoming” used for a flight of bomber pilots! There can be a feeling of being bombarded! Incoming! And so the need for “less” begins to arise.

I have thought of this, I’m guessing, due to my work recording the audio of the Treatises. There’s a lot in them about response, and response and sensibilities are surely linked. Heightened sensibilities are, in effect, a different level of responsiveness to what goes on around you and within you. This can often leave us feeling vulnerable.

When I speak of being vulnerable, a word I have associated with this susceptibility, I am at times reminded that vulnerability has to do, etymologically, and popularly, with wounds. Accepting and sharing our woundedness seems to me a sure way to both intimacy and relief—a way of transformation really. Wounds accepted and shared so readily become wisdom and strength and solace.

But today I want to speak more of sensitivity. You and I “receive” not only this Course, but begin to “receive” the world around us newly. We are aware of transmissions, impressions, messages and signs. You and I are “affected” to a greater degree than we once were. There are new influences and hosts of new feelings. We have a responsive relationship to unity and are in a responsive relationship with unity.

The idea I am trying to open to you here is the idea of a responsive relationship with unity that does not exist only within the mind of the wholehearted. It is the visible world, the outer world, through which your wants find provision. It is the world of unity, the true reality, through which your desires are responded to. This does not mean that the place of unity is a place that does not interact with the place of form. It is interacting with the world of form through you. Do you not see? You are the entry point, the only channel through which all that is available in unity can flow. D:Day 3.41-43

The Treatises offer a wonderful prelude to this new state, especially as response and responsibility are contrasted:

Response is given and thus genuine. It is a natural act of giving and receiving as one. Responsibility is a demanded response, a necessary response, an obligation. Response happens from within. Responsibility is all about dealing with an outside world. While both may result in the same or similar actions does not negate the need for the difference to be realized. Charity is a responsibility. Love is a response. See you not the difference? Can a father not be guided by responsibility and still fail to give love? Can a dancer not struggle mightily to perfect her talent without experiencing its joy? T1:4.13 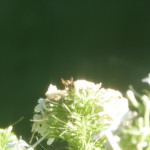 In becoming more sensitive (Alert? Awake? Aware?) staying away from the idea of “responsibility,” and sticking with the idea of response and responsiveness is essential.

Unlike with the young Walter, our sensitivity doesn’t have to be a source of shame or lead to fits of temper. Sensitivity asks for a new response. It takes some “care” really. Some self-care. Some listening in. It is a gift, and our gifts have to be accommodated as well as appreciated if they’re going to enter that zone of giving and receiving as one. Recognizing our responsiveness is often a time of realizing that what comes to us from unity can’t be figured out—something that at first feels very odd indeed, and one of the reasons for the primacy given the “end of learning” in ACOL. If “figuring it out” continues to be our way, we will not sustain our new state of being.

Responsiveness dead-ends “figuring it out” as well as interpretation, and leads to true expression of who we are.

Let’s welcome all the new ways the “incoming” arrive and accept our ways of responding with care and love.