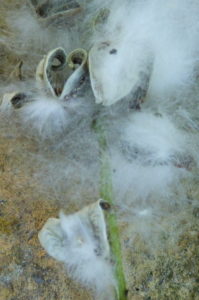 Creation balanced with rest is the pattern that has been taken to extremes within your world. You think of birth as creation and death as rest. You do not realize that your nature, and the nature of your life, like that of all around you, is governed by seasons natural to the state of love, seasons of regeneration. T4:4.2

There is such a rhythm to nature. If I kept track of such things in a manner more sufficient than my memory, I’d remember that the lavender bushes bud first, and then the fruit trees. Next, the cottonwoods shed their fluff, and then the peonies and daisies begin to bloom, and the dragonflies appear, and then…full summer has arrived. This is the moment in which I found myself walking through the neighborhood last night … aware of the full arrival.

I walk with my camera always. “I never know what I’m going to see,” is the reason. Something about this seems to sum up my attitude toward life. 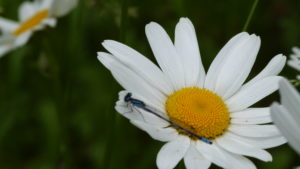 Even though there will be plenty to photograph all summer, I have this feeling about summer. Now it is here, and my “feeling” is that despite all the growth of the various flowers and the tomato plants and the buds that will become fruit, it will simply be “summer” until fall arrives. And then fall, the whole of it, like the whole of spring, (my two favorite seasons) will feel again like constant change on a different scale. It makes no sense to feel this way, yet I do, and I allow this peculiarity. It is a “usualness” I feel about summer—everything is “the usual” green, everything is blossoming (like usual), everything is enlarging (and so on)! The light feels more steady and less magical as well, and soon I begin to long for change.

We people have our seasons too! Often I find mine reflected in the books I’m reading.

Recently I felt a yen to return to my old friend, Merton. The first book that I saw when I went looking for one of his on my shelves, was a compilation of his journals from the years titled, “Turning Toward the World.” I did not choose it for the title and yet I soon wondered if it had some significance—if it was one of those instances of the book finding me.

Just as I know I’ve stood at this moment of summer before, I know I’ve felt this sense of “turning toward the world” before. The difference now—thankfully, is that I can see, that this, too, can be a “season” and so not hold the scariness it did when I wondered if once I turned toward the world, I would not be able to return to solitude.

Merton’s journals, in their titles, tell of his various seasons:

What would you and I name our seasons? Wouldn’t it be a wonderful exercise?

In 1960, just realizing that he has reached a point where he has acquired the power to be heard, Merton asks himself, “Who am I?”

He answers: “A priest and a writer, and one who has the gift of speaking intelligently I hope. Hence I must also think clearly, and pray and meditate and when circumstances require it, speak. And speak to as many as will listen to me. About things concerning their happiness and their destiny—along with my own. In a word, about salvation.”

And yet, in ACOL we are assured repeatedly how much we each matter. In another quote from “A Treatise on the New” we hear:

Solitude and vocation and writing would surely be among my seasons, but I feel my current and hopefully coming season 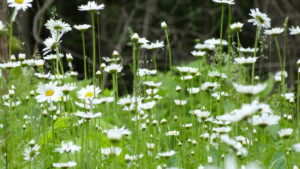 will emphasize dialogue. I am so excited to be experiencing dialogues more widely and to feel in movement with it.

Dialogue is a way for each of us to answer the Who am I question boldly (and safely), with each other, in unity and relationship. We enter dialogue in a form so loosely held, that in its loosely held moments, and with our heart-felt yearning to be and to share who we are . . . we do.

What seasons are passing for you? And which are coming?