Social, political and spiritual impacts of being who we are 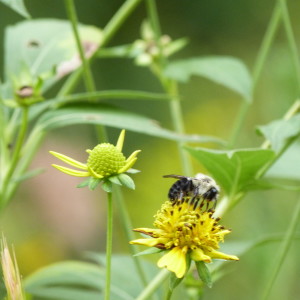 If you cannot claim at least a small amount of love for your own Self, then neither can you claim your power, for they go hand-in-hand. There is no “common good” as you perceive of it, and you are not here to assure the continuance of society. The worries that would occupy you can be let go if you but work instead for the return of heaven and the return of your own Self. C:16.26

I recently met (by phone) a new friend, Val, a gentleman who lives in Canada and has been both politically and spiritually active throughout his long life. I told him that I, too, am political as well as spiritual, and he said, “Well of course you are, Mari, you’re working class!”  His quickness in saying that—I mean he didn’t skip a beat—surprised and gratified me, although I wasn’t sure why.

A few days later I saw a question from one of the members of ACOL’s new Facebook group: How can we impact the reality of global consciousness to create more love for everyone? My first thought was that he was asking a question that would bring responses of action—spiritual, political—didn’t matter. (I don’t think I ever responded to the question! I’ve been seeing that one of my difficulties with Facebook is that things gestate in me and I don’t even know what I really want to say until a week later when, on FB time, the whole subject is old news! Thank goodness for a weekly blog.) Anyway, these two comments came together and got me recalling the yen I felt, a few years ago, to be more politically active. I attended Andrew Harvey’s Institute for Sacred Activism and briefly connected with Occupy St. Paul. A little later I “discovered” feminism, joined NOW and, about the time I thought I would attempt to do something about the plight of single mothers in this country today, I got discouraged. I got discouraged almost before I began. Political inquires (nonetheless solutions) were so steeped in bureaucracy that I knew if I tried to operate within that realm, it would swallow me whole.

It wasn’t that I didn’t feel A Course of Love was a great contribution that would have an actual effect in the world, or that I didn’t eventually come to rest within my own sense of “what is mine to be and do,” yet I’ve never regretted that excursion and have lived, since then, with the sense of how what is ours to do comes out to greet us. I held as my examples Terry Tempest Williams and Tim McChristopher and, since that time, have found that for most people deeply committed to their work for the land or the future, you can see where some experience created a swell they rode into the activist parts of their lives. What they did in terms called “activism”  became something they couldn’t not do. I trust if there is ever something active that I “can’t not do” . . . I will do it!

And this all comes back to experience and to feeling rather than to thought. Each of us have things we “can’t not do” that are not compulsions of guilt. A Course of Love was (and is) one such thing for me. Caring for my grandson is another. Both are matters of the heart.

In the Prelude (to ACOL), we hear of the many forms of pain and horror that we experience here, and of the “equally distressing life of the purposeless, where hours pass endlessly in toil that is the cost of your survival here.” (p.29) This, I feel, is my connection between Val’s “Of course, Mari, you’re working class;” the question about global consciousness; and life as it’s so often being lived by those who can do little more than survive. Abraham Maslow’s “hierarchy of needs” made it widely known, more than fifty years ago, that no one can operate optimally when they are in fear for their survival. Jesus tells us too that this fear won’t serve us, but sometimes this call to let go of fear, in this particular area, can feel too unrealistic to be accepted. We may even feel slightly chastised in The Prelude for all that we “set aside” while we earn our living. But maybe this is the result of the new time we live in.

When A  Course in Miracles entered the world, many more people were able to do more than “earn their living.” Many more people lived in equality and had opportunities to follow their callings, or their dreams, or their hopes for work that would give them fulfilling lives. The ensuing decades have not been kind to the working class or the poor.  The “heart” seems to have gone out of the political agenda (if not the rhetoric). The structures that have been built to aid society have been ego-driven structures. And maybe, as Jesus indicates in the Treatises and Dialogues, we have entered a new time when the knowing of the heart will be the only power strong enough to collapse the old physical and mental structures and make room for the new. We are assured that those being born now are being born into a new time.  Together we can move toward  “a future yet to be created.”

We are the pilgrims called to this creation of a new land, a new future. To do this, we must simply “be who we are.” I love this quote from Howard Thurman which gives “being who we are” a most relevant and poignant meaning: “Don’t ask what the world needs. Ask what makes you come alive and then go do that, because what the world needs, are people who have come alive.” Each time I recall this Thurman quote, someone immediately comes to mind who I see as living it. Today it was a woman I knew as a customer when I owned a coffee shop. She had been fascinated by bees all her life and she pursued that passion. Back then (early 2000’s) she was becoming a much called upon authority, as honey bees, so crucial for pollinating our food and flowers, were just beginning a mysterious mass die-off. As we each listen to our heart’s calling, and respond in wholeheartedness, we will give what is needed to create the promised future where heaven and earth are one. Being who we truly are is our greatest humanitarian, social, political and spiritual act. We are now, about the work of ending the divide between our humanity and our divinity, and this is an act of becoming new ourselves. We leave behind the call to be saved through worthiness (being good) or ascension (higher states that take us “out” of the world), and love who we are enough to join the world in truth.

I can get passionate about this. About how crucial it is to the future, that you and I accept who we are, and the gifts we have to give the world. Not accepting ourselves, Jesus says, “Is not humility, but fear,” and it is so true. When I think of what has caused me the most fear in my life, it is being who I am. Daring to be who I am. I hope that if you haven’t thought of being who you are in connection with letting go of fear, you will give this some attention, and turn from this undercover fear and into that risky and dizzying act of daring to be who you are in truth.