Standing at the beginning . . . again 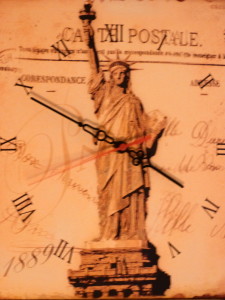 You are an immigrant coming to a New World with all your possessions in hand. But as you glimpse what was once a distant shore and now is near, you realize none of what you formerly possessed and called your treasures are needed. How silly you feel to have carted them from one place to the next. What a waste of time and energy to have been slowed down by such a heavy burden. What a relief to realize that you need carry it no more. How you wish you would have believed they were not needed when you began. How happy you are to leave them behind. C:1.7

A Course of Love was, from the start, a vocation. I wanted it. I wanted the work. I’d been looking for a new “job”—for work—work for God.

This compunction was evidently a needed component to me being the scribe, and I’m using that word purposefully here, because, as first receiver, I was also the scribe, the one writing down the holy words. This love of actively being engaged, particularly with the written word—fit me.

I fell into this vocation wanting it to enclose me; to give me a new life where I would be held and supported by the work I loved. When you desire a vocation you want a container, a structure, a routine, a little recognition, an engagement, a paycheck. “I” wanted those things. In many ways I needed those things—felt I needed them, at times, rather desperately. But they didn’t come. My support came from my husband and he was, at times, over-extended.

Nearly ten years later, and just before the recession hit, my dad died and two weeks later my grandson was born. These events greatly changed the shape of my next years. I cared for my dad while he was dying and then my grandson, who lived with us, and for my mother-in-law, during the two years before her death. Eventually, I came to feel rather tired in my caregiver role. Yes, it was one way of giving love and care, but I was weary.

All throughout this time I’d been writing and had published two books. Now I began to work on another: “Discovering Feminism.” I felt a new, radical side of myself emerging and I was surprised to find it felt truly consistent with A Course of Love. It wasn’t just women or the poor who needed the freedom to be who they are—it was everyone. I started being on the lookout for “truth tellers” as I began to see more clearly the deceptive practices of politics and the machinery that runs society. Within these new musings I heard ACOL’s words about ending deception—ending the illusion and creating the new—in a fresh way.

With these ideas in mind, I spoke at a Women and Spirituality conference that was attended by 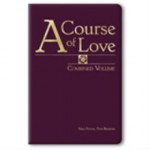 a Course of Love reader, Glenn Hovemann. During his visit we began the discussion that led to this new publication of the Combined Volume of A Course of Love.

I don’t think it’s any accident that this occurred in the way it did. It seems also no accident that my years of caregiving in the way I have are ending (my grandson is returning to the care of his mother) at precisely the same time that I’m traveling to New York to attend the annual ACIM conference. The trip now has a symbolic sort of presence in my heart. I am fully feeling this as a time of one life ending and another beginning. That’s what this Course has been like all along, showing up in my life as the necessity of closing out the old to make way for the new (most by way of inner change, but occasionally external change as well). 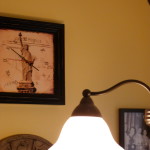 ACOL begins with an image of an immigrant going to a new land—an immigrant heavily burdened with things that will not be needed; an immigrant who can be shown a way to set those heavy burdens down and truly find new life. In setting my vocation aside, I found it. It is not “about” being a scribe, or feminism, or politics, or even abandoning care-giving entirely. It’s not about anything at all, and it’s about everything. It’s no smaller than the love and truth offered in A Course of Love. And no bigger than being true to myself. All of my life experience is gathered together by it.

I won’t be speaking at the conference, which feels like a great blessing. I am able to go and dip my toes into the waters, into the flow of new life. I feel that I stand at the beginning . . . again. But I do not stand alone. This is what is truly new: the growth of friendships, colleagues and community, and of readers as in love with A Course of Love as me.

We are not alone. Our way is opening. Our time is now.