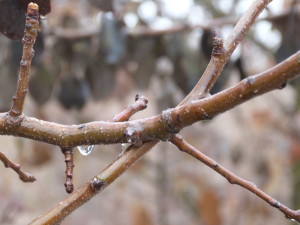 Simply stated, miracles are a natural consequence of joining. (C:10.11)

I have been sitting, the last few days, with a friend who has been in a crisis situation. As it began to ebb a little, even though much uncertainty still surrounded it, he spoke of it as a naturally occurring miracle. It brought me up short. I have tended to think of naturally occurring miracles when things are going well. This last year or so of having A Course of Love republished is a fine example. Everything about it felt like a miracle. It was unexpected. It moved quickly. Nothing about it was effortful (even though much work was done). The outcome has been fantastic.

Everyone has their share of troubles, and so have I,  both before and since A Course of Love came to me. Initially, I didn’t expect troubles of any magnitude to continue to enter my post ACOL life. I started out with a faith that seemed perfectly warranted, a faith that my life would steadily get easier and more peaceful—and with less effort.

Since then, I’ve had conversations with many ACOL readers who expected the same thing I did. Life was going to get better … immediately. Many, including me, felt we were going to be able to let go of things like worrying over money … without consequences arising from our inattention. But then my family’s coffee shop failed, the recession hit and my husband’s business failed, my dad died, a family member’s addiction came to light, I developed frozen shoulder … I could go on and on.  Life continued, in other words, to be life, unfolding as it does.

I can say that after troubling times had passed, I’d almost always see the miracle that came of the situation. But not during.

And yet, as my friend and I talked, I began to see that I have come to accept what comes as what is meant to come, but that it now has nothing to do with seeing through rose-colored glasses or expecting only “the good” to arrive. It is a bit like the way Pema Chödrön describes meditation, saying that as we continue with it, we see that it isn’t “about getting it right or attaining some ideal state. It’s about being able to stay present with ourselves.”

Being able to stay present with ourselves. What a great blessing. What a miracle.