The course we have been set upon

When you remove yourself from the self-held position of “meaning-giver,” you let things be what they are and, allowed to be what they are, their meaning is naturally revealed. C:22.15

My friend Lee said the other day, after I’d sent him a bit of writing, that he was “taking it in,” and that got me musing on the “entering into” that we do as readers, as people, not just with the written word but with the spoken word, or with music, or within a relationship.

I feel like one of the hallmarks of receptivity—the kind that produced A Course of Love, or the kind that occurs when we write or read from our deepest places, is that we “take in.” Pondering this, I began to wonder if it is that we have “taken in,” or that we have “been” taken in. Then I imagined both occurring at the same time. The giving and receiving happening as one.

In our former way of making meaning, we gave “all meaning to everything.” It became a world in which “Nothing is what it is, but only what it is to you.” (C:22.15)

There is an amorphousness, a purposeful amorphousness in this way of A Course of Love, a way that bypasses thinking so that what is there is “just there.” It is a huge reason, in my view, for the end of learning. The “meaning” of a beautiful passage in such a work, is not the same as the beautiful passage. We “make” meaning. We receive beauty and knowing.

The psychologist James Hillman says, “None of the isms,” can save the world from “the catastrophe inherent in our very idea of the world.”

“To pursue this re-vision of psychic reality implies that we shall have to let our present sustaining paradigm break down, a catastrophe of the mind rather than of the world, allowing to emerge a renaissance of soul in the midst of the world.”

The move to the heart can’t be accomplished “without moving … the seat of the soul from brain to heart and the method … from cognitive understanding to aesthetic sensitivity. With the heart we move at once into imagination.”

The collapse of egoic thinking, is a “catastrophe of the mind.”

I was told as ACOL began that it would create a new renaissance. Self-love could do that for us as we come into our power and let go of “the way things are,” for a new way. How amazing. How miraculous that our way begins with ceasing to use the mind as we “take in” Jesus’ words, continues with the union of mind and heart in wholeheartedness, takes us to the end of learning, and calls us to dialogue, Self-expression and creation of the new. What a groundbreaking, world-shattering, revolutionary course we have been set upon. 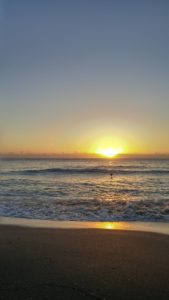 As we “let our present sustaining paradigm break down,” our former way of knowing, our “catastrophe of the mind,” occurs, and a new way is here. The new way doesn’t arrive in a flash, but “quietly infiltrates in unguarded moments.” (D.12.12) We do not “think” our way through life, but “draw knowing forth from the well of spirit.” (D:11.13)

You realize now that life itself is a channel and that you are constantly receiving.  . . . If giving and receiving are one, then giver and receiver are also one. It is only you who can do anything with the wisdom, guidance, or information that you receive in union as a channel of the divine life force that exists in everything and everyone. D:Day21.6