A life, a death, a prophetic call 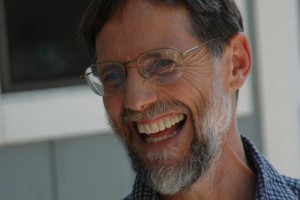 There has been a death. A death that has taken a much beloved man from this earth and the ACOL community. Ivor Sowton was a significant part of the supportive community that exists for A Course of Love, ACOL’s publisher, Glenn Hovemann, and Take Heart Publications.

I am so low down on the list of those who knew and loved Ivor that to speak of him feels presumptuous. Yet one thing I know is that he was devoted to A Course of Love and truly cared about me. This was known . . . yet a surprise. It is honoring . . . and humbling. It makes me cry and it makes me square my shoulders and want to do right by him. Ivor Sowton’s death leaves 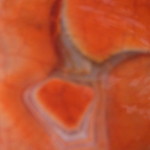 Since hearing of his death I have done the usual things: speaking to others who knew him, praying, feeling the grief, writing notes, staring into space. But I also had a peculiar urge. I felt drawn to a book called “The Prophetic Imagination,” by Walter Bruggemann. The last time I picked it up, back in 2011, I was drawn by the combination of the prophesized end of the Mayan calendar in 2012 and the occurrence of the Occupy movement, then probably at its height. The draw made perfect sense. This time, I wondered why? Why at this time? This time of Ivor’s death?

But before too long I sensed the connection, and it is personal at the same time that it is universal: Ivor’s quest was to understand the condition in which he found himself. This was how I felt as I was first drawn to the prophets—at the time when ACOL was newly completed. “This is what we do,” I thought. “When we are drawn to our highest glory, the quest to understand the current condition of our own selves becomes acute.” And this is so much a part of A Course of Love! To see ourselves where we are! Yet I know I turned to the prophets “after” ACOL because I felt so bad that I was still … me … and still suffering. I wanted to know why, and there was no answer. So my encounter was fully of that quest to understand my condition. A Course of Love had come through me! Why wasn’t I joyous, healed, and whole? 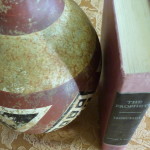 It was a painful quest. I was struggling. The answer came to me in 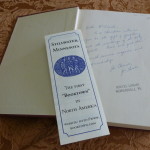 this way. I read in “The Prophets,” by Abraham Heschel, that the prophet’s heart and soul were at stake in what was said and what became of what was said. What I read, so many years ago, after having bought the old, used book from a shop that still held old books, in the small town called Stillwater, landed inside of me in that old-fashioned phrasing: you feel the way you do because your heart and soul are at stake. No one talks of anything being at stake anymore. Not our freedoms, hardly even our Earth. It is hard to feel something this extreme—that something valuable beyond compare is at stake. But this is the prophetic tradition. The tradition itself. What it does. And this is repeated in Jesus’ words within this Course. We are now to leave to ego and the separation behind. This is it. It is time.

The urge driving us is at its strongest, I suspect (I know it was in me), as there begins to be an awakening to the idea that there is a genuine alternative to the despair of separation. When I began to feel that—as an actual happening within myself, I began to realize what I hadn’t known: that something truly new was possible. This was when the stakes felt highest. Like a do or die proposition. Feeling separate was no longer an acceptable or livable condition.

In returning to the prophets, I also returned to the idea that prophecy is meant for a particular people in a particular time, and I’ve come to see Ivor himself as a prophet for our times. In taking his own life, he became a herald calling us to see what is at stake: our very selves. These strong words suggest, of course, a paradox. We cannot lose the eternal. Yet prophecy speaks to the eternal in time; to where we live and the condition in which we exist here and now. Ivor’s death calls me to be more clear that an alternative to separation can be found, and to support with the greatest of love, all those who have, like I have, as Ivor has, confronted the despair of separation on their way to liberation and union. I suspect that each of us feel this way at some point in our journey.

The message in prophetic works and persons may be timeless, but the timing of the entrance of that message into the world is also and always significant. It’s a way of God’s voice speaking to us and calling for a response, and us speaking to God, and also calling for a response. After a death, we want to ask God, Why? We sit, absorbed in our not knowing, our lack of understanding, our grief, a felt incapacity to get answers and often even to form questions. Yet we also become aware that God is listening. We become aware that our hearts are heard. 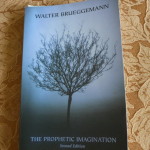 In The Prophetic Imagination I am reminded that prophets, although they’re often seen as lonely voices crying out in the wilderness, are actually representative voices of the people, giving expression to what the people need. A Course of Love entered the world two months after 911. 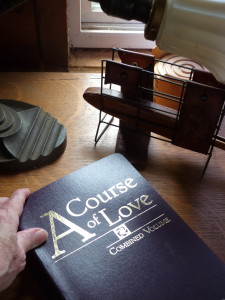 After those deaths affected people around the world. These messages entered a time in which, on the whole, people had gotten away from their hearts and didn’t even know they wanted to return. Ivor’s death has occurred as A Course of Love is reaching more and more people, as I daily read expressions from people who state with passion that this is just what they needed, what they’d been waiting for. I hear, in their amazement at this discovery, the same wonder I heard in Ivor’s voice. We are all desperate to leave our separated state behind, permanently and forever.

Ivor has made this need palpable among us.

Walter Brueggemann claims that the capacity to grieve is the most visceral announcement that things are not right and that grief invites us not to pretend that they are. He says that “bringing hurt to public expression is an important first step in the dismantling that permits a new reality . . . to emerge.” Jesus assures us, in A Course of Love, that we must continue to feel what we feel as we leave the old behind and move into the new.

Ivor has reminded us what is at stake. He has reminded me that A Course of Love can help us to hold it all—the hurt and the promise—as we travel to the time of fulfillment in us. As we do this, we create the new. And as we do this, we will honor Ivor’s quest to know himself in the splendor that he didn’t know we saw in him already, in the union that so many of us felt with him . . . already. He will continue to call us, I am certain of it, to find union in our lives.