The Way of Mother Mary and the Divine Feminine

When I read about the “way of Mother Mary” in The Forty Days and Forty Nights, (Days 18 and 19), I felt something in me break open. I stopped reading and went for a hike.

Fortunately I can walk from my house right into the expansiveness of northern New Mexico. Two hawks spiraled overhead. To me they were signaling a message from the Divine. Halfway through my hike, I felt everything in this life, as well as multiple parallel lives, coalesce into a still point of awareness. I knew that everything had prepared me for this moment to follow the “way of Mary.” I knew the voice of the divine feminine had been released within me, although I did not have a name for it at the time. I felt at one with all life. I was filled with immense grace and gratitude.

After a few days, however, I allowed some confusion to enter my mind, even though I felt this was my purpose in Union with God. I was not sure what Jesus was actually describing.

That divine experience occurred two years ago. Only now has my heart fully opened to what I feel it means to follow the “way of Mary.” In addition to A Course of Love, other channeled reading—especially from female Christ Ascended Masters including Mother Mary and Mary Magdalene—contributed to a deepening of what it means for me to follow the way of Mary and to be a voice of the divine feminine. 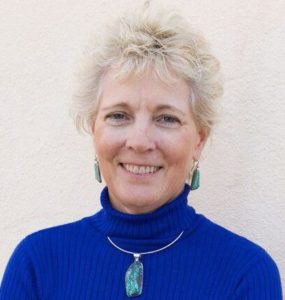 My mother, Mary, was responsible for the incarnation of Christ in me as I am responsible for the incarnation of Christ in you. This union of the male and female is but union of the parts of yourself expressed in form and story, expressed, in other words, in a visual pattern that aides your understanding of the invisible. It is one more demonstration of the union that returns you to your natural state. (T1:8:16)

Jesus goes on to talk about the union of heart and mind as necessary to bring together all parts of the self, including male and female, in order for the truth of the resurrection to be revealed and lived.

Feminine and masculine energies reside in every one of us and are meant to exist in harmony, in wholeheartedness. They have nothing to do with gender identity, even though that is what we attempted to create within the illusion of separation. However, when masculine energy dominates as it has for eons under patriarchy, it causes an imbalance between the heart and mind. The divine feminine in each one of us is the heart and the right side of the brain. It has been suppressed in favor of the reason and logic of the masculine left side of the brain. I equate ego/patriarchy to the relentless mind loops that occur on the left side of the brain, suppressing any connection or input from the feminine, creative, heart-opening right side of the brain. When this happens we become fearful. We lose our authentic self and our power. Yet by trying to control what can’t be controlled, we actually become powerless.

This dynamic is exemplified in the current political situation. The politicians are terrified of feminine energy, because feminine energy is seen as weak and ineffectual. So they cut off part of themselves, blame women for not being able to save them, and end up hating themselves and others. The more they fear and hate, the more they lash out and try to control through fear and intimidation. It’s a vicious left-brain ego loop.

Yet the divine purpose behind our current experience of political chaos, I believe, is to allow us to truly see the dysfunction of patriarchy by interrupting the usual flow, the status quo. Once seen as being unlike love, it can then be healed once and for all.

All of this is possible because the divine feminine voice has been released. We need the loving mystical medicine of re-birth and creation to free fearful masculine energy. Then it can be transformed into divine masculine in support of the heart, joining in harmony with the divine feminine and healing into wholeness. We then can live the truth of the resurrection.

Even though it appears as if patriarchy is especially strong at the moment, I know deep within that it is in the last stage of existence. Like an animal that’s been cornered, it viciously fights for survival. More than ever we are being called to our authentic self, to live in harmony with Self. And living in harmony means embracing both the divine feminine and masculine energies within. With this embrace, we return to our innocence and come into wholehearted voice.

The way of Mary anchors this new energy of wholeness by creating a pattern of being and weaving it into the web of reality.

Sally’s book about parenting without fear, Don’t’ Fix Me I’m Not Broken: Changing Our Minds about Ourselves and Our Children, is available through amazon.com. To sign up for her newsletter or to schedule a mentoring session go to www.embracechildspirit.org.

What is ACOL? Here’s a brief introduction.

Reading ACOL in a group can be a profound experience. Currently many groups meet in homes and churches. Also there are telephone and internet-based groups. Find out more here.

It is a stuffy room we’ve been in these many years
ever since the shepherd, peasants,
kings and mystics faded, giving way
to scientists and thinkers who love reason
more than sheep, pastures and lakes.
Oh, how my soul longs for a trapdoor
to overtake my being, send me
falling down a hole to new surroundings
and fresh scenery, to places
where servants of God are honored
and the sanctity of life is revered
more than the dollar. Here, poetry
becomes the spaces between words
and music–an outcropping of silence.
Here sun and moon and breath take on a mystery
you cherish, and no one is asked to justify
her life by straying from her heart.
Here dancing is permitted and frolics
in the forest are understood as holy,
the whole of existence speaks to you
through mushrooms and moss
or a loaf of bread share around the campfire
under the full moon.