All of us at Take Heart Publications, publisher of A Course of Love and related material, appreciate you as an email subscriber to our monthly newsletter, “The Embrace.” We want to stay in touch and hope that you do, too; but if you wish not to receive emails from us please simply unsubscribe (see below). Also we invite you to read our Privacy Policy.

The Bull and Me

These comments are about suffering: How I choose it and what I want to choose instead.

First let me whisper into your ear what I wrote in my journal on New Year’s Day as a deeply held desire for 2016. My desire used the words from the following statement in The Dialogues, Chapter 16. Be in the spacious state of constant coming to know.

Coming to know involves paying close attention to all feelings as gateway to the spacious Self—to the new, to Christ-consciousness (or right-consciousness). It is about the embrace of what is. That means: 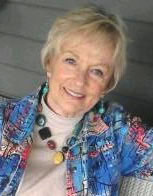 All those NOs are fear-based and I want to be love expressing. All feelings come to tell you something that is as yet unknown to you, but nevertheless for your benefit. D:Day16.12 Coming to know is not an aspect of the mind alone. It is not an aspect of the spirit alone. Coming to know is a quality of inner sight, of wholehearted human experience combined with spiritual experience. D:Day27.6

In my meditation time two mornings ago, I had an experience of coming to know. Unasked, images invaded my mind from a Facebook post the day before, a video of a young bull that was about to be loaded onto a truck and taken to a slaughterhouse.

A kind young man was petting the bull as the bull pulled against his restraints. Then in a moment of mercy, the man decided to unchain the bull and let him be free in the barn. The bull danced and pranced in his new freedom. Then he plopped himself onto a pile of fresh straw, pushing it about in ecstasy. Clearly the bull was glad–his whole body became GLADNESS!

After a short time, the animal was loaded onto a waiting truck for his final trip. The video closed with a close-up of terror in the bull’s eyes. Something snapped shut, protecting my heart. Hurriedly I erased the post. I’d had enough. I did not want to suffer over these images. So I chose to deliberately cast the pictures out of my mind and go about my day.

Next morning in the quiet of my meditation time, the image of the bull came up powerfully. Tears surprised me, rolling unbidden down my face. They would not stop. I hurt. I felt the helplessness I often feel about my ability to do anything about such suffering. I wrote in my journal: “My heart hurts, God, I know I’m projecting here. What part of me does that bull represent? What part needs to weep over my suffering and over all suffering?”

Then a message came through my pen: “Let it pass through. Release the suffering to be free and healed. Refuse not this release. Do not cast it out into the world again. It is redeemed, liberated. Suffering now leaps out of your chest, out of your heart, it soars into the sky and transforms into sparkles like stardust, absorbed by the spacious Self. It transforms into kindness that is always there, kindness that is far greater than all suffering.”

At this point I got up and went to the porch where morning was playing across the sky. I found myself raising my arms and with sweeping motions lifting the sadness and suffering from my heart and releasing it into the morning.

WHAT JESUS SAID ABOUT THIS

Why think you it is loving to believe in suffering? Do you not begin to see that in so doing you but reinforce it? What you might even call the ‘fact’ of it? Can you not instead ask yourself what harm could be done by offering a new kind of observance? T3:20.8.

Later in the D:Day2.24 Jesus added this nugget about his own life: “I” did not suffer, for I knew who I was and chose not suffering.

In my self-talk, I believed I was further advanced than this experience of the bull demonstrated. Of course I know suffering is a choice. I keep telling myself that I am willing to let go of all choices to suffer! But I did not. I fell into my list of NOs. I judged, cast out, had opinions etc. instead of feeling wholeheartedly whatever I was feeling and letting it tell me what I needed to know. I neglected to live into my deep desire for 2016 to “Be in a spacious state of constant coming to know.” Even though I had pushed my suffering out of my awareness–it was still there–until the next morning’s revelation.

It is now June, 2018. My experience of life and my true Self has had 2½ more years to mature, 2½ more years to experience “coming to know.” This story of the “Bull and Me” no longer has the same power to disturb. I can allow it to pass through quickly. I choose the laws of fear less and less. I choose to live with the Laws of Love instead. You set the laws of the universe when you chose fear. The laws of love are God-given. C20.31

The universe is a dance of cooperation. You are but asked to rejoin the dance. C20.33

Poems based on A Course of Love by Jeff Gilbert

Oh, to listen to my heart

To be in a place I see

The world is love and love is me

I will not fight the Sea of Change

But rearrange grace to be my Sage

This Course for my Mind

Your Spirit for my Soul

The mind speaks of love

Yet Truth makes me Whole

“I will not be a clanging gong”

But Allow Desire to take me higher

and carry me along

I see within a tornado drawing into the Still

and still I will slide on Your ride until

There are no new rules to meet

No “everyone” to greet

But just One pair of Feet

The Seat of the One Heart

Which floods into the mind

And re-minds us the Start

Is where we find the finish line

Allah, Abba, Beginning and the End

Yawheh, Yahshuah, all call within

We are One in The Son

One Mind, One Love

We are the Way to Joining

One Heart, It is Done

And As We are One

Love flows into the Now

New brings us into the Ocean

“Whatever you say is the Tao”

The Truth’s Seed fills our Need

The New is You

(And so as We go on this journey of Love

Re-mind my soul that it is already done

Show me that there is no journey to take

I am ready to explode the gold and “Come, as You Are”

For Near and Far lose meaning in the Heart

Perhaps I will intercede once again

Or pray “Father, Forgive us for Our Sin”

But whether I find my Self on Top or Beneath

I Am grateful to Re-Member Who I Am

I Am Love, Love lives Me

Jeff is young in body yet remarkably mature spiritually. At three years of age he spontaneously, ecstatically, accepted Jesus. He graduated with a Bachelor’s degree in Biblical Studies and Philosophy from San Diego Christian College, lived in a charismatic community laying hands on people for healing, led a program for the homeless, and much more.