It can be hard to explain just how or why a particular source of wisdom moves us as it does. Challenges with anxiety and self-doubt earlier in my life, coupled with a deep-seated desire to make contact with what—at least in glimpses—was a loving universal reality, led me to A Course in Miracles (ACIM). This book was extremely helpful to me because it clarified sources of confusion I hadn’t previously been able to understand. 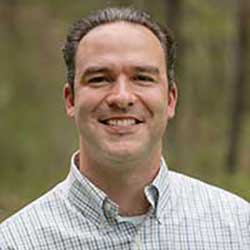 I studied it on my own for something like fifteen years—off and on. While the philosophy was never far from my attention, I drew closer to it in some times than others, like an orbiting moon.

The basic idea of ACIM is that we don’t properly understand or interpret our experience, principally because we misunderstand who we are. It’s a common idea in many spiritual teachings. A fundamental idea contained in ACIM is that we are not purely physical beings, and that reality is not purely material, and that just about every value judgment we form is erroneous because of how we assign value, where we place our attention, and how we structure our thought given our misunderstanding. There’s the idea that we’re almost looking at things upside-down, or inside-out. Where we were intended to deeply know, express and rely upon the invulnerability of our being, instead we only seem to know ourselves as vulnerable, isolated, and alone. We’ve been bereft instead of heartened.

A key practice in ACIM is shifting our perception so that we learn to be at peace, with the idea being that as we withdraw our investment in falsehood, the truth will naturally be restored in our sight. One thing that can happen is that we can oversimplify this process—we learn to carve out this quiet niche of peace to which we remove ourselves when difficulty arises, but we don’t ever quite merge this bubble of genuine knowing with the entirety of our daily experience. It’s like we’re split in two almost. There is the world that nags and tugs at us, and then there is the peace to which we navigate, and we bounce back and forth as times demand.

I was recognizing this—that I could easily find my way back to peace, but also that I kept misplacing it—when I did a web search to see if there were any other modern spiritual teachings from Jesus that might be out there. If there was one, why not another? I knew, of course, that there was more than one. I’d also read A Way of Mastery, and a book I’ve long enjoyed is Dialogue on Awakening by Tom Carpenter. But I was curious. And that’s when I found A Course of Love (ACOL). It was sometime in 2012 I believe.

For me ACOL was just perfect. There was a fullness there, an emphasis on the importance of expressing who we are to become who we are—and not just in terms of speaking intellectually about the “idea” we have of ourselves, but of actually leaving behind the self-concepts to which we so often compare ourselves. The book touched me in a way that few have, and I’ve enjoyed returning to it on multiple occasions. Just like with ACIM, my orbit of ACOL seems to be elliptical—I approach and I retreat. But the retreat isn’t really a retreat as much as a deeper level of trust I think. A foray into genuine unity, without the training wheels. A digression into deeper meaning.

This is a long-winded preface for sharing with anyone who may be interested that this weekend there will be an on-line conference about A Course of Love. I’ve included a link below. This weekend marks the 20th Anniversary of Mari Perron’s receipt of the Course. I don’t feel there’s any substitute for encountering a teaching like this directly, but I also think if you’re drawn to participate in some fashion that this conference will be a direct encounter of its own. The power of ACOL is, for me, at least in part, the encouragement to live who we are. It’s a tall order, but the truth is we only do it together. We can’t sit in our rooms and polish ourselves up, then reach the proper state and go into town. There’s really no polishing required; rather, we need a certain vulnerability, a certain acceptance of who we are. An understanding of ourselves that is genuine, and can only come from discovering who we are through the sharing of who we are.

I’m a panelist in one or two of these videos, and had fun getting on these video calls to share in some creative encounters. If you’re interested, I hope you will check it out. Regardless, and as always, I hope just touching on these ideas for a moment or two here brings some peace to your day.

Michael is a utility systems engineer and a writer who recently published his first collection of spiritually-themed poems entitled A Cannon, a Heart, and Now This. He maintains a blog featuring his poetry, sporadic experiments with fiction and occasional Course related pieces at www.embracingforever.com. This article was reprinted from his blog with permission.

COMING TO YOU SOON!
THE FIRST-EVER ONLINE
ACOL CONFERENCE!

★ Extended Access for viewing after Dec. 4 is available for purchase. All proceeds support the nonprofit Center for A Course of Love

★ A Bonus Package comes with every Extended Access purchase

Or
Wandering the beach
Free from brain spin for the moment
Ahh yes . . . there
Tumbled smooth
Wet
A Stone
Sparkles
Just for you

Or
Sauntering in a bookstore
Remember those times?
Aisles, shelves, loaded with promise
Suddenly the beckoning
And you pick a book
Or it picks you
That happened online recently
And my universe
Turned other-side-around
Lighting everything
Lightening everything
Opening-opening-opening me (ouch)
To a fresh new world
Not yet mine.