The gift, the edge, and the embrace 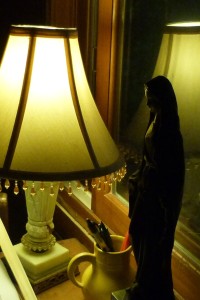 You might think of yourself as a channel through which union with God is expressed and made real here and now. There is no other time. There is no “higher” self waiting to do what only you can do. There is no one else who knows what you know the way you know it or who can express the unknown in the way that you can express it. The unknown can only be made known through reception and expression. Call it what you will for what you call it matters not. Throw out all the words that express the unknown in ways that you would not, and find your own. Each way is needed. D.Day22.10

The sky feels so high this morning. It’s 5:02. I awake at 4:30 and don’t feel it makes much sense to go back to bed. I get to the cabin in record time. The feel of immensity to the sky is daunting. I stand between house and cabin letting my eyes get used to the morning dark and having to turn my head completely skyward so that I can begin to see the wonder of the stars in the distance that they want to let me feel, even while I seek them out. And then, being as it is Sunday morning, there is the quiet. Five o’clock on Sunday morning quiet. It was the longest spell of true frog chirping quiet that I can remember. 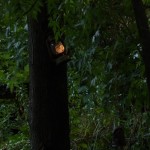 A little blast of heat and a gurgle of perking coffee get going in the cabin, and then the wonder of the ceasing of noise, held for a moment before the return of engines, intermittent but there. Going in and out again not long after, a deepening of the dark above, a lightening on the horizon, a sense of existing along the edge of the curve of the earth, the appearance and the feel of the curve.

And then I wondered, Is this true? My memory traveled inexplicably to a time 35 years ago when my husband was my boyfriend and I learned that he had majored in political science and astronomy. “Astronomy?” We were about to share our first Christmas and went to see a professor who had been, for years, giving a talk on the Star of Bethlehem. That feeling was there: the professor’s quest for meaning had given form to these yearly gatherings of people like Donny and I, willing to let the meaning he’d found wash over and inspire us.

I didn’t need to look so far back, but I love it that memory is quirky.

Yesterday I had the chance to do another segment in The Dialogue Series that I’ve been recording, if not producing, since the first of the year. What is The Dialogue Series? Until today I wouldn’t have thought of it as sharing what is meaningful, but in essence that’s what these are . . . these recorded conversations I’ve been having with companions on the way (or in other words friends who have been touched by A Course of Love).  I am enthralled by what comes of sharing with another human being in one-on-one conversation. The first installment of The Dialogue Series will be up soon as the website of The Center for A Course of Love goes live. The segment that I recorded yesterday will be a while. 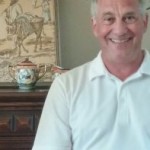 That segment was with Rod Chelberg, a physician friend and ACOL reader from Maine. He hadn’t given me much notice that he would be in town so there was hurried preparation for a Saturday afternoon dialogue. My friend Mary Love has been doing the recordings and videography but has been attempting, somewhat unsuccessfully, to pass it on to me. Her latest effort included buying me a tripod for my cell phone as an early Christmas gift! I might not have pulled her into this session but Rod’s interest and her own intersect. This interest (more like a gift or passion really) is broadly defined as “life after death,” yet the aspects of it that are most meaningful to Mary, take a slightly different form than Rod’s. I find these differences fascinating, and this is a major reason that these dialogues are so revealing. Each of our interests, gifts, and expressions of them are so varied and so valid! I also love the way the dialogues mimic the “way of knowing” I experienced when I received ACOL. I can’t remember what happened or hardly anything of what was said! We’d barely finished several hours of talking and filming when I needed to leave to take my mom to church. There was little I could have repeated a half hour later, although I was able to share broad strokes of hope and beauty with Mom, who is in a sense, staring down the coming of end of life, despite her life-long faith, with reluctance and some dread. Yet one of the ways Rod speaks of it is as being birthed into Heaven.

As a scientist, making the choice to express the wonders he has seen, particularly in  giving birth to the new life, is not an easy one for Rod. I’ve become convinced that there is such a choice in store for each of us. To express what is meaningful to us makes us feel vulnerable. It feels like a risk. But it is the greatest gift any of us can give. It is that sense of existing along the edge of the curve of the earth, which is paradoxically both that edge . . . and the embrace.