The web of life and death 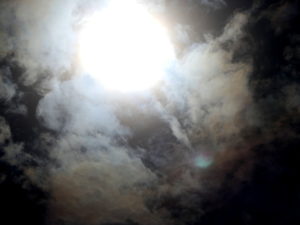 Life is the connecting tissue of the web of form with the divine All. Life is consciousness. Christ-consciousness is awareness of what is. It is the awareness of connection and relationship of All to All. It is the merging of the unknowable and the knowable through movement, expression, and being. D.Day:11.8

Three weeks ago, my mom died.

Without even realizing it, I drifted yesterday to “the month after Mom died.” September. It will be a literal month next week. Why do I count these things? I don’t know. I just do. In truth it seems much longer, and I wonder if I am off, even when I know I’m not. I count on my fingers anyway. It was only three weeks ago? Three weeks, a funeral, a burial, reading of the will, the beginning of the dissembling of a life. And yesterday a family outing to the State Fair.

I wrote nothing yesterday to mark the beginning of the new month, a month during which Mom’s birthday will come—the first without her (she would have been 93)…and then a week later my sister Susan’s…her first without her mom…and so on it will go.

The word “lineage” came to me before I awoke today. Its source is the word “line” which is from the Latin linea, literally linen thread, n. use of feminine, of lineus, of flax. Flax itself, of the German word flachs, is to plait, interweave. And flax, the plant, a slender, erect annual with delicate blue flowers and seeds used to make linseed oil, holds the fibers in its stem that are spun into linen thread.

A “line” can mean a boundary, or a course of action, or the path one takes, and lineage itself is as I would have imagined: a direct line of descent from an ancestor. But of course, as a family tree demonstrates, what a lineage does is connect and fan out into a “family tree” or a web of interconnections. None of it speaks to me of particular feelings or why it arose in ways other than the usual, except for with the Course, which speaks of another lineage. And of course, I do not know what I mean, which is where inspiration always starts.

It’s taken three weeks to get here, three weeks of feelings that left me spent, and full of memories and tears 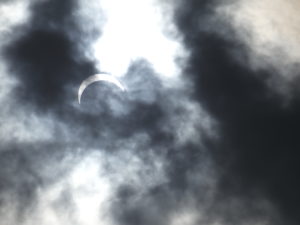 and calls for love and forgiveness and the need to dwell…to not move on, to not even move “in” to deeper meanings too soon. No, after a death, all is immediate and raw and tender.

Mom was only in the hospital three days.

After the first day I knew: Mom was going to die. I was going to be a motherless child. All the years of preparation, the knowing it was coming, especially the last—five or so—and then the shock: my mother is going to die. Then the full realization of her fragility, the wondering how she got up and made herself coffee the day before.

The knowing: Nothing will stay the same.

When I got to the hospital the first morning Mom asked, “Can’t they just knock me out so I don’t have to feel like this?” I ask. Am told, “Oh no, that would just depress her system more.”

She is like a child in an adult bed. She keeps sliding down and so can’t use the hospital tray table. I balance a tray on her lap with Jello and it gets all over the bed clothes as she, in her wobbly way, brings spoon to mouth, not wanting, of course, to be fed. Still in her way barking orders: “Margaret, (my birth name) call Michael. Margaret—you eat that.”

Next day: She agrees to a “do not resuscitate” order. She is grey with no makeup, no wig, and no hair. A monosyllabic statement of a person reduced to her barest aliveness.

A eucharistic minister comes in and offers us communion. She tilts her head and there it was, the sweetness so seldom seen, a look that came with accepting communion, with being prayed for, with praying. We say the Our Father.

The following day the kids come to visit. Her youngest great-grandson, my grandson Samuel, sits with her on the bed, and she wears the same sweet look, as if they’re communing from that other zone, he still attached to heaven and her on her way.

Since then, the days continue on, still screwed up. I have to keep thinking, What day is it? It began the next day, the asking and the answering: It is Saturday, August 12. Mom died yesterday, August 11, 2017 at about 11:30 p.m. We were at United Hospital. It is a litany. What day is it? It is two days since Mom died, that makes it, what? A Sunday? It is two weeks and two days. Yesterday it was three weeks.

Not feeling up to writing I do a video I mean to post to thank those who offer condolence. And then the “bringing to completion” escapes me. My technology goes on the fritz as if forcing me to stop. 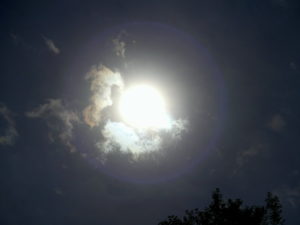 In the midst of it, during the Eclipse of 2017, the feminine moon covers the masculine sun. Something literally feels different.

Despite my inability to describe it, I know it is a new day. A new era. Mom is gone. No more phone calls that begin, “Hi Margaret, I know you’re busy.” No more seeing her sweet little body shrink.

I heard her last words. My brother had just arrived from California. I was sitting at the head of her bed and took her hand. “Mom, Johnny is here,” I said. “Do you want to talk to him?”

She opened her eyes and closed them again. “No,” she said, “I’m too tired.”

Our many conversations the last years:

And so today, three weeks and one day later, the inspiration of lineage—sat with, reveals to me that the Course is present in the way of lineage, the way of a connecting and a passing on, one to another, the line of new life, and the weaving of a new web.

In the early part of A Course of Love Jesus speaks of the web in one way: As a “complex web of use and abuse” (C:9.43), and as “dependencies that … over years and years create a web of intricate design, a snare or trap that seems impossible to dismantle because of its interconnections.” (C:14.20).

In the third Treatise the web is expressed differently:

T3:9.2 While you cannot now see the chain of events that will make these ideas into a new reality, you can trust that they will be there, spreading out like a web, much as the ego’s ideas of separation once did.

In our days on the mountain, there are several expressions of the web:

In Day 18.1 we hear of the way of Mary and are told that many will follow our hearts “to a bypassing of the final stage of the old and to anchoring the new within the web of reality.” …

One way is active. One way is receptive. Yet the ways are not separate any more than Jesus was separate from Mary—or any mother separate from her child. The ways are rather complementary and symbiotic. Together they return wholeness and will bring about the completion of the time of Christ. This symbiotic working together will be essential for the birth of the new and in truth symbolizes it in form and process. As within, so without. Mary represents the relationship that occurs within, Jesus the relationship that occurs with the world. So do each of you. These two ways also represent God and Christ-consciousness, the extension of God. God is everything in heaven and on earth and is in everything on heaven and on earth. Thus, God represents the world without. Christ-consciousness is God within you, your particular manifestation of God and relationship with the God within. D.Day:18.2

There we have it: the mother’s place in a trinity of “ways.” The way of the mother begins within, and mother and child are not separate, even when the child, as the child Jesus once did, moves into maturity in the world, a world in which all that was created was created by God. A trinity of the ways of Mary, Jesus, and God. The trinity of a way of union.

I’ve written of my mom many times in my blogs, mainly about going to church with her. Last Christmas was the first time she did not feel strong enough to attend Christmas Mass, and it was as if in realizing it, she gave in. This year we have not been at Mass on Saturday afternoons. Instead, I have brought her lunch and in the last weeks we would watch a movie. The final movie we watched was “Singing in the Rain,” the movie about voice coming to the movies. We are, it seems, in a similar time of bringing voice, or expression, to all we can within God’s creation.

I was glad “Singing in the Rain,” with its joyful theme song, was the last movie Mom and I saw together. It rained the morning of her funeral and the refrain kept going through my mind. This “refrain,” the refrain of a woman no longer tired, continues to accompany me:

Why am I smiling
And why do I sing?
Why does September
Seem sunny as spring?
Why do I get up
Each morning and start?
Happy and head up
With joy in my heart
Why is each new task
A trifle to do?
Because I am living

A life full of you.