To “Bewilder and dazzle and summon.”

While I was traveling and not listening to radio or television, a Minnesota native and cultural icon, Prince, died. I learned of his death in the church at which I spoke in Sacramento, where right during the service, they did a tribute to him. Since then, Daniel Berrigan, a major figure in anti-war and social justice movements, died. In a notice of his death written by Rabbi Michael Lerner (Tikkun magazine), I found these words from a writer I’m fond of, biblical scholar, Walter Bruggemann. They concerned his review of Berrigan’s Genesis (2006). “He imitates his creator with his generative word that calls forth linkages and incongruities and opens spaces that bewilder and dazzle and summon the reader.”

To “Bewilder and dazzle and summon.”

What a sentence! I share it because it reminds me of those places within A Course of Love—places that open spaces that bewilder, dazzle, and summon. Is it any wonder that the favorite chapter of many of us is the chapter on The Embrace with its poetic language:

Your beauty is the gathering of the atoms, the order in chaos, the silence in solitude, the grace of the cosmos. Our heart is the light of the world. 20.5 We are one heart. 20.6 We are one mind. One creative force gathering the atoms, establishing the order, blessing the silence, gracing the cosmos, manifesting the light of the heart. Here we live as one body, experiencing communion, the soul’s delight, rather than otherness. It is a seamless world, a tapestry where each thread is vibrant and strong. A canticle where each tone is pure and indivisible. 20.4

I find as many of these places in my mystical writing in Creation of the New. 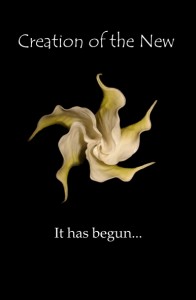 I’ve noticed that when I cannot “wrap my head around it,” I have found what I’m looking for.

How strange it is to write yourself, those things that bewilder you. Yet I do it all the time! Poets do it all the time! Most of the writing of my life has come from bewilderment. Once, about seven years ago, I met with an old friend who asked me, “If you could choose one word for how you feel about A Course of Love, what would be?” I said “Befuddled.” His eyes got wide and he said, “Befuddled” was the same word he was going to say.

It occurs to me that I am less befuddled now, but that I may not be being called to let go of such feelings, but to embrace them. Even when I feel like this:

My life is changing and I’ve got decisions to make. Ways I cannot fully envision and that I need to have come to the surface. And I want to avoid it all too. I am full of “want to” and “don’t want to.” My upcoming hour to visit with a friend? “Want to”/”don’t want to.” Double and triple it for things like going to the post office and the bank. For finishing my thank you notes. I want the feeling of being DONE with things lingering more than anything else, and I don’t want to do them.

How freaking human is that!

I write myself notes. Last night’s note included, “Walk.” I want to walk and I don’t want to walk. I’ll add that it’s 40 degrees and windy, but I’m not sure it would be different if it was 20 degrees warmer and still. Isn’t that incredible! And incredibly human! I also feel a desire to be wanted and a desire to be left alone. Everything is like this. I write a note to Jesus: “Maybe we could talk about it sometime, Lord.”

He doesn’t respond. But maybe Bruggeman did. His comment on “Genesis” reminded me of the link between creation and confusion, as well as of how, as Jesus says, we can hear the Christ voice everywhere.

Of course, in terms of my humanity, I realize that I’m simply in change. Knowing ourselves in “the new” isn’t the “old” knowing. The new knowing is not being comfortable because we have a fixed position. It’s walking on shifting sands. Letting go of hand holds on the shore of the stream.

I find comfort within ACOL in words like these:

This course was written for the mind—but only to move the mind to appeal to the heart. To move it to listen. To move it to accept confusion. To move it to cease its resistance to mystery, its quest for answers, and to shift its focus to the truth and away from what can be learned only by the mind. I.1

This Course has succeeded in ways you do not yet understand and have no need to understand. C:32.4 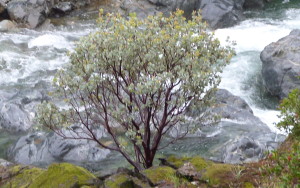 This is the thing. We move through unknowing into what is often an uncomfortable knowing—uncomfortable because it can’t be grasped. It doesn’t make sense to the mind, and the way in which it makes sense to the heart can’t be explained. Slowly, we move into “let it be” mode. We sit within the confusion, the paradox, the bedazzling, and . . . let the stream carry us.

“Suddenly she realizes she is in the stream and is the stream.” (CON 112)