Is the World an Illusion?

By Mari Perron, First Receiver of A Course of Love

The illusion, as spoken of in both A Course in Miracles and A Course of Love, isn’t about physics. It’s not about science. We see an illusion when we don’t see the truth. Illusion is not a reality—it is all that reality is not. Our illusions prevent us from being true.

This topic has arisen again because Gary Renard in his new book describes ACOL as an “imitation” of ACIM, “a dualistic distraction,” and quotes the entirety of a critical review written by Dr. Robert Rosenthal, Co-President of the Foundation for Inner Peace, publisher of ACIM. Their central argument is that ACOL elevates the illusory world into something new and desirable, whereas in their view anything physical – all form – is necessarily illusory. 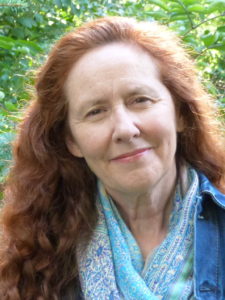 The illusion is about thinking we’re separate and unloved in a fearful world. This is what we were taught, and once these false ideas were learned, they led directly to ideas of who we are and “should” be. Feeling alone, we tried very hard to be who we were expected to be, and yet could never succeed at being. We grew fearful and developed an ego to defend and protect us from a world in which we could never be good enough.

Few of us feel inherently beautiful and prized and worthy as who we are. A loop developed that we could not find release from, the loop of the ego’s thought system. No matter how harsh the inner voice of the ego, we couldn’t break free. This is the situation in which we find ourselves as we begin ACIM.

As we begin ACOL, on page 5, Jesus says that ACIM was successful in “threatening” the ego, and that this enormous accomplishment has opened an important new possibility:

The world as a state of being, as a whole, has entered a time, brought on largely by A Course in Miracles, in which readiness for miracle-mindedness is upon it. A Course in Miracles opened a door by threatening the ego. All those who, with egos weakened, walked this world with the hope of leaving ego behind, with miracle-minded intent, have awakened human beings to a new identity. They have ushered in a time of ending our identity crisis. Not since Jesus walked the earth has such a time been upon humankind.

Unity is the end of duality. It is not about rejection but inclusion. Not about ceasing to care about the world but redeeming the world by seeing truth rather than falsity.

The body, our form — about which we have held inaccurate beliefs and feelings — is not all of who we are; yet as we live in these forms for a while with love, compassion, and trust in God’s creation of us, we begin to express truth in our lives. All that comes from love is revealed. All the wisdom of the ages arrives through these vehicles of form to return all of us to the reality of our true Selves—now.

We need not live in “hell on earth,” in the ego’s false reality. We are the creators, along with God, of our reality. When we let go the hell of the ego’s thought system, we can embrace unity and bring the truth of Heaven to Earth.

These Courses were not created within illusion. They were created in the reality of truth, to reveal truth. Truth is perfectly capable of entering the world, as Jesus once did, and of calling us, as Jesus did in life, as well as at the end of ACIM and throughout ACOL, to accept who we are and what we, in Christ, are capable of: restoring or re-creating the world. Creating the new.

Both Courses describe two entirely different “worlds.” On the one hand, we are asked to let the world fade into the nothingness from which it came. The world of nothingness is the one “we” – the ego – made. It is the “mad illusion,” the unforgiven projection. Thus, “there is no (egoic) world!”

Yet we are also asked to be saviors of the world by forgiving — abandoning — the illusion. ACIM’s Manual for Teachers describes the quality of open-mindedness of true teachers of God:

They have let go all things that would prevent forgiveness. They have in truth abandoned the world, and let it be restored to them in newness and in joy so glorious they could never have conceived of such a change. Nothing is now as it was formerly. Nothing but sparkles now which seemed so dull and lifeless before. (M-4.X.2)

To distinguish between these two “worlds” is to separate the false from the true. The illusory “world” is an egoic projection; God’s real — restored — “world” is a creative extension of God, a reflection of unity. As Jesus says in both Courses, we are an idea of God, and ideas leave not their source.

The way the “world” is spoken of in two ways is similar to the way the “mind” is spoken of. Our minds are associated with our brains, intellects and ego, as well as with the mind we share with God. In context the meanings of these statements in both Courses are clear. Out of context, they can be distorted. Our illusions are within us. We project them “out there.” When we quit seeing with the ego’s eyes, we cease to see illusion and begin to see the truth.

Gary mentions that I made a public statement that I do not believe in the illusion. I did. What is illusion that I should believe in it? Again, however, context would be helpful. I spoke these words at the Miracles in the Mountains conference in 2012:

It was one of the bravest things I ever did and I feel proud for daring to say it — then and now. Don’t take my word for it. I invite you to go to the source. There is an audio recording of my talk at the Miracles in the Mountains conference made by Larry Seyer at Audible Spirit which can be downloaded for $15 at https://audiblespirit.com/mitm-mari-perron-mp3-audio

Be with Mari at the ACIM Conference in San Francisco!

Have you tried to Search Within ACOL for words or phrases? It’s amazing!

Get the new ACOL app, “ACOL Access.” It automatically sends the ACOL Quote-A-Day to your Apple or Android device!

Have you ever felt a shift

A new lens through which to view life

And you are now

In fact you are not sure who

Who is meant to soar

The bones you counted on

What supported you before

You can’t go back

Paula Payne Hardin appeared on the Oprah Winfrey Show when her first book, “What Are You Doing With the Rest of Your Life? Choices in Midlife” appeared in 1992. She is also the author of “Love After Love: Stages of Loving” (1996). Hardin directed Midlife Consulting Services and the David K. Hardin Generativity Trust in Chicago. She has trekked around the world from the Himalayas to Zimbabwe. Now an Elder, she enjoys kayaking, cats, writing, and her extended family.